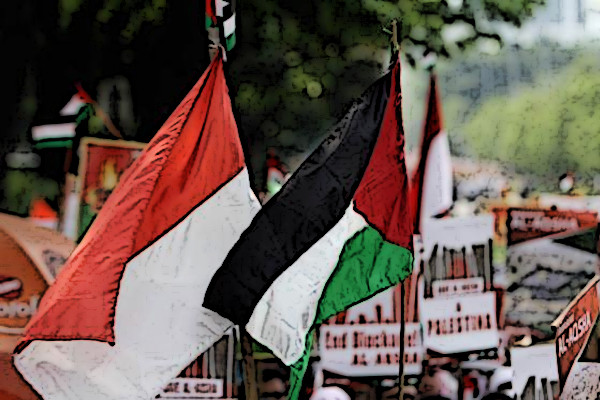 By: Anggi Lubis and Tama Salim

Indonesia’s diplomatic move to bring Palestine back into the international spotlight has been praised by Islamic nations as an important step in ending Israel’s hostile policies against the Palestinians. It is hoped that Indonesia’s diplomatic work can pave the way to renewed peace talks.

Convened under the theme of “United for a Just Solution”, the summit is a response to the urgent situation in Palestine and Al-Quds Al-Sharif (Jerusalem).

Ongoing conflict in Syria and Yemen and the radicalism and growing threat of the Islamic State (IS) movement have diverted international attention away from Palestine. This lack of attention has created a dire situation for the Palestinians.

During a two-day summit that kicked off on Sunday, 56 members of the Organization of Islamic Cooperation (OIC) are exploring strategies to counter Israel’s occupation of the Palestinian territories. The summit also aims to advance a peace process and resolve the situation in Al-Quds Al-Sharif.

Foreign Minister Retno LP Marsudi said Indonesia, the world’s most populous Muslim-majority nation, had agreed to host the summit because it wanted to put Palestine back on the international radar and remind people that the conflict between Palestine and Israel remained unresolved.

“The Palestine-Israel conflict is complicated. However, Indonesia won’t be silent in seeking to resolve the problems. When Palestinian President [Mahmoud] Abbas offered Indonesia the chance to hold the OIC summit, Indonesia agreed,” she said.

During his presidential election campaign, President Joko “Jokowi” Widodo made support for Palestine a priority of his foreign policy as well as opening an honorary consulate in Ramallah, which is scheduled to be operational later in March.

Foreign ministers attending the summit expressed on Sunday their gratitude for Indonesia’s swift response in addressing issues in the West Bank and the Gaza Strip.

Egypt’s Prime Minister Sharif Ismail expressed his intention to maintain cooperation with Indonesia to bring the result of the summit to the UN and other international forums.

“The Palestinian people aspire to a state based on the 1967 borders. There are difficulties in this process and Palestinian rights are uncertain. So this summit is supported by Egypt and we hope that this
conference will be successful,” Soukry said.

Afghanistan’s Foreign Minister Salahuddin Rabbani said his country was eager to support its Palestinian brothers and sisters. Afghanistan —a country marred by almost permanent warfare — hoped the event would make people aware of the challenges faced by Palestinians.

“We recognize the important role Indonesia plays, especially in the OIC and in the matter of Palestine, and we’re here today to support the OIC and the Indonesian government in this very important meeting,” Macdouall-Gaye said.

The summit is expected to conclude with a resolution reaffirming the positions of the OIC members on the issue of Palestine and Al-Quds Al-Sharif.

A Jakarta Declaration will codify the commitments of the leaders of the OIC to pursue concrete steps to support Palestine and Al-Quds Al-Sharif.