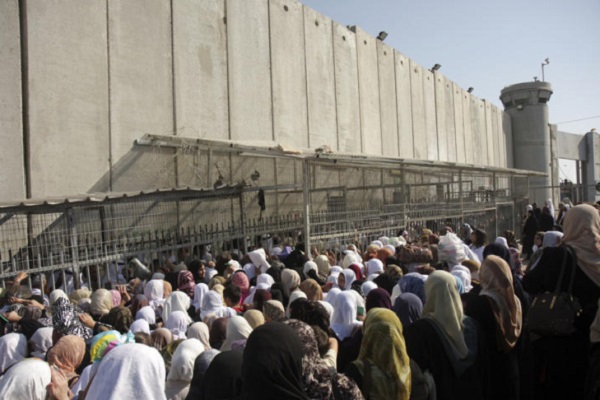 Nearly half of Jewish Israelis agree that Arabs should be expelled or transferred from Israel, a recent survey on religion and politics in the country shows. The poll also shows both Israeli Jews and Arabs are gradually giving up on the two-state solution.

As many as 48 percent of Israeli Jews favor expulsion or transfer of Arabs from Israel, where they constitute 19 percent of the total population, amounting to 8.4 million people, the survey conducted by the Washington-based Pew Research Center and published on Tuesday demonstrates.

Among the supporters of the Arabs’ expulsion from Israel, 21 percent “strongly agree” with the statement that “Arabs should be expelled or transferred” from the country and 27 percent “mostly agree” with it.

At the same time, roughly the same percentage of Jewish Israelis, or 46 percent, oppose such measures, the poll shows.

The potential expulsion of Arabs is advocated by most ultra-orthodox and religious Jews as well as by more than half of traditionalist Jews, while most secular Jews oppose it. Israeli Jews of Middle Eastern or North African origin – many of whom have ancestors who were expelled from their countries of origin – also tend to be more in favor of such a decision than Jews that came to Israel from Europe.

The wording of the question about Arab expulsion was criticized by the Israel Prize laureate Sammy Smooha, a professor of sociology at the University of Haifa. Speaking to Haaretz newspaper, he called the question “misleading” and stressed that it does not specify whether it applies to all Arabs living in Israel or only West Bank residents, who are “not Israeli citizens per se,” or only those that support the country’s enemies.

In response, Alan Cooperman, director of religion research at the Pew Center, told Haaretz that the question was deliberately phrased in a general manner and does not include specific details so that the survey could reveal the general attitude of Jewish Israelis to the issue.

Meanwhile, according to the survey, the overwhelming majority of Jewish Israelis, or 79 percent, believe that Jews should get preferential treatment over Arab citizens and other non-Jewish minorities. At the same time, around eight in 10 Arabs complained about severe discrimination against Muslims in Israeli society.

At the same time, most Israeli Jews (76 percent) believe that the idea of Israel being a Jewish state is compatible with democracy, while most representatives of different ethnic and religious minorities say that Israel cannot be both a Jewish state and a democracy. Sixty-four percent of Arabs, 63 percent of Muslims, 72 percent of Christians and 58 percent of Druze claim it is impossible.

Faith in two-state solution is being lost

Less than a half of Jewish Israelis, or 43 percent, believe that Israel and a Palestinian state could co-exist peacefully, while an almost similar percentage, 45 percent, claim it is impossible, the survey shows, thus demonstrating a slight decline in support for the two-state solution among Jews in comparison with 2013, when 46 percent believed it was possible.

At the same time, the poll reveals a dramatic decline in Israeli Arabs’ faith in the two-state solution: from 74 percent supporting it in 2013 to 50 percent in 2015.

The survey also demonstrates that both Israeli Jews and Arabs are highly skeptical about each other’s sincerity in pursuing peace. Only 10 percent of Jews believe that the Palestinian Authority genuinely seeks peaceful relations with Israel, with 20 percent of Israeli Arabs believing that the Israeli government sincerely strives for peace with Palestinians.