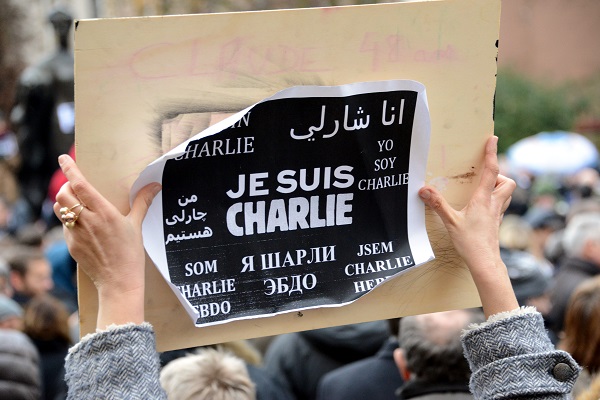 For the Western media, it is alright to laugh when a Russian plane is downed; it is ok to have a laugh when it is a Russian child who has been killed. It also aims to spread Islamophobia, independent political analyst Gearoid O’Colmain told RT.

A British online satirical magazine has published a cover depicting a Muslim woman holding up a severed child’s head, a reference to a gruesome incident that took place this week in Moscow where a 38-year-old woman from Uzbekistan killed a 4 year-old girl in her care.

RT: We’ve already touched upon this issue after numerous controversial Charlie Hebdo caricatures. Do you see this as an issue of freedom of speech, or is this something that has gone beyond the pale?

Gearoid O’Colmain: First of all, freedom of speech as it is interpreted in Europe seems to mean the freedom to insult victims of war and aggression. This is a very disgusting example of that we’ve seen here. This is an absolute disgrace. It is unsurprising that the name of the journal was ‘Vive Charlie!’ It is a clear reference to Charlie Hebdo, which has always specialized in mocking the underdog, mocking the victim, mocking the poor, mocking Muslim immigrants, etc., etc. And we saw another example of this after the shooting down of the Russian plane in Egypt last year. Charlie Hebdo mocked the victims, found it very funny. This is, I think, a deep reflection of moral turpitude of the ruling establishment in Europe, the media being a key component of the ruling establishment. Editors of journals are badly educated thugs; they don’t understand anything about cultural differences. They use anything they can find to sell magazines and newspapers. And this is another very sinister example of that.

RT: Are you talking about the minority of publications? Or is it your belief that the majority is actually culpable here?

GC: I would say the majority. You only have to see the way in which they use the murder of children, for example, by the Western-backed terrorists, to sell the war in Syria by claiming that Assad is doing the killing, when in fact it is Western-backed terrorists who are doing the killing. And the kind of killing they have been doing in Syria has involved beheading children, it has involved crucifying children, they have murdered children en masse. They’ve used this very often as propaganda against the Syrian government who is protecting its people from a terrorist onslaught supported by the West. We could say that this is another example of the demonization of Russia by mocking the suffering of the Russian people, mocking the suffering of family that lost that child.

RT: How could you draw the line between freedom of speech and offending people?

GC: We don’t have freedom of speech anyway in Western Europe. There are events in history we are not allowed to question; there are countries that you should be very careful to criticize. We never hear criticism of the US or Israel, no real substantive criticism anyways in the Western press. That is the reason we have to go to other countries if we want to actually have a real debate. So, there is no freedom of expression, but there is freedom of expression if it involves this kind of gutter press, evil mockery of people suffering. And particularly when that country is the designated enemy, and in this case the designated enemy is Russia, so that the mockery of that child’s death and of that child’s family is part of the dehumanization of Russia.

It is ok to have a laugh when a Russian plane is downed in Egypt; it is ok to have a laugh when it is a Russian child who has been killed? And of course, they also want to spread Islamophobia with this. Let’s not forget, this woman doesn’t seem to be in her right mind, she is obviously schizophrenic. I think it is not a coincidence that this has happened given the fact that the real child killers are moving into Central Asia. Uzbekistan is a country that could be targeted and had been targeted by Islamic terrorism in 2007. There is something deeply evil about this, and it is the reflection of the gutter mentality of the ruling media and political establishment in the West.