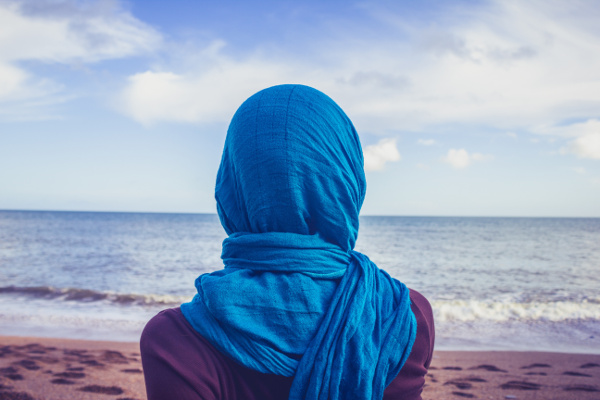 One minute, you’re an invincible 21 year old fending off oh-so-lame marriage proposals, and the next minute, you’re 28, single, and wondering what happened.

For those quick to accuse single sisters of being “too picky”, I’d like to offer a reality check: none of the single sisters I know choose to be single because they feel like it. It’s either a lack of good proposals, or good proposals that just haven’t worked out. Many of these amazing women are women of deen and adab, women who contribute to our community in their chosen field. They’re doctors, dentists, teachers, academics, researchers and yet, they continue to receive scathing rebukes for not settling down and starting a family ASAP, as though the fabric of reality would tear apart if they didn’t just get on with it. Ladies, we should start up a club: Not Yet Wives Clubs. God Grant Me Contentment Club. Get Them Off My Back Club.

In my case, despite spending a life-changing almost two years in the Middle East, when I came home to Sydney, the marriage question reared its ugly head. The first question most women asked me was: “Are you married yet?” Sigh. Allah gave me the gift of Hajj, brought me to the pyramids of Egypt, took me to the Ummayd masjid in Damascus, showed me the pristine beauty of the desert in Wadi Rum, Amman…but that doesn’t seem interesting enough.

If we insist on categorizing people based on their marital status, here’s my take on it:

The joy of newlywed bliss! Childless, with plenty of traveling to exotic locales. Well, that depends on the household budget. Useful tip: go on Hajj, while finances and no-kids status allow. Hajj is physically, emotionally and spiritually exhausting, and you don’t want to bring small children who can get hurt.

And then there were six. Not for the faint of heart. This is how mothers learn the meaning of slavehood.

Who needs six when you can have two? And look – no Tarago required!

This requires some serious sabr, and a lot of tawakkul. Allah does not burden us more than we can bear, and with His help, anything is possible. There’s always an upside to every difficulty, so take heart in knowing that children who grow up in these homes often become very compassionate and resilient.

And even amongst the divorcees, there is a pecking order. “Well, at least you haven’t got any kids,” is a common catchphrase during commiseration sessions. That may be true, but for some, the stigma is still heavy enough to sink the proverbial Titanic.

Here’s some food for thought: Our Mother Khadijah (may Allah be pleased with her) was twice widowed with children from her previous marriages, and she expressed interest in marrying Prophet Muhammad (peace and blessings be upon him). He accepted, and when they married, he was 25 years old, and she was 40 years old. In pre-Islamic Arabia where polygyny was the norm, he had a very happy monogamous marriage to her right up to her death.

It’s okay. Really. You were born alone, and you’ll die alone, so you might as well get used to loving yourself for who you are. The way I see it, a spouse will complement you, not complete you. You’re already complete! Looking for validation in another human being sets you up for a world of disappointment, because your spouse will be as human and flawed as you are. Verily, hearts find rest in the remembrance of Allah, so when you’re feeling lonely, turn to Him instead of towards creation.

So for those of us who are reaching the “wrong end of twenty”, as one sister aptly put it, how can we take our mind off our marital status? From one sister to another, here are some ideas:

There’s nothing like a good dose of reality to bring you back down to earth. I can guarantee you that after one hour with squalling children, you will begin to question some previously held beliefs.

There is more to life than ticking off the marriage box! No amount of obsessing will bring it any closer. So ask yourself: What goals can I achieve? Then get to work! Spirituality, finances, physical health, emotional well-being, friends and family are just some examples.

I’m all for travelling, but within the realms of the Shariah. If you have a cooperative mahram handy, book a flight to somewhere you’ve never been, make your intention one of spiritual renewal, and fly off! Travelling to somewhere new and beautiful gives your soul a chance to exhale, and take in the beauty of Allah’s creation.

You’re probably one of the countless of Muslims out there learning Arabic, with different degrees of success. How’s this for an idea – learn another language! There’s plenty to choose from.

There is a desperate need for Muslims in the social welfare sector. We have unique challenges when it comes to integrating into the wider Australian community. Cultural barriers and financial difficulties are just a few of the challenges we face. Believe it or not, drug and alcohol problems, domestic violence and mental health issues affect Muslims too. So instead of sitting around and bemoaning your singledom, get out there and help the community for the sake of pleasing Allah, and in bettering the lives of those in need.

Hiding under a rock probably isn’t the best way to get married. I know, I know, it’s all naseeb, your destiny will hit you no matter where you happen to be, under a rock or otherwise, but our Prophet (peace and blessings be upon him) taught us to take the means, and leave the outcome to Allah. Some people just have to stand in line in the grocery store, get noticed, and wham, they’re married within a week. Others need to do a bit more than that.

Bottom line – you were brought to life to know your Lord. Not to get married and have children. If that’s what Allah has ordained for you, then alhamdulilah. If not, then alhamdulilah. Allah chooses for us what is best for us, even if we’re too finite to see the infinite wisdom in His Divine Decree.

Nobody said waiting is easy, but it’s one thing to mope around, and quite another to live well, in the service of Allah, your family, and your community. Do your part, leave the outcome to Allah, and miracles will happen.