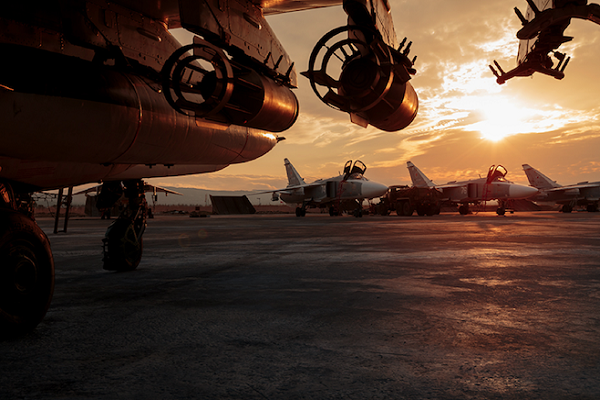 A cessation of hostilities took hold in Syria on February 27 with few violations reported in the first few hours, raising hopes for a resumption of United Nations peace talks.

The UN and a monitoring group reported only isolated fire in western Syria after the cessation began at midnight, despite a day of intense bombing on rebel-held positions near the capital Damascas and the northern city of Aleppo.

“In Damascus and its countryside… for the first time in years, calm prevails,” Syrian Observatory For Human Rights Director Rami Abdulrahman said.

“In Latakia, calm, and at the Hmeimim air base there is no plane activity,” he said, referring to the base where Russianwarplanes backing the Syrian regime operate.

The Observatory said at least 40 government regime forces and allies, and 18 insurgents were killed in fierce battles in Latakia province just a day earlier.

UN Syria envoy Staffan de Mistura said incidents in Damascus and Deraa were reported within the first few minutes of the truce, but those towns quickly calmed down.

“There is a high chance we should expect such hiccups,” he told reporters in Geneva. “The important point is whether those incidents will be brought quickly under control and contained. That is going to be the test.”

The cessation of hostilities was brokered by the United States and Russia and will be monitored by those two countries via centers set up in Latakia, Washington, Moscow, Amman, and Geneva.

If fighting breaks out, the United States and Russia will alert the other countries backing the peace process. A military response should be a last resort and should be proportionate, de Mistura said.

The cessation was formally endorsed by a unanimous UN Security Council an hour before it went into effect.

After multiple failed attempts at cease-fires in Syria, UN diplomats said they hoped it would provide at least a window for humanitarian aid to reach Syrian civilians caught in the crossfire and deprived of food and shelter.

If the cessation holds, de Mistura said he plans to start a second round of peace talks between the warring parties on March 7.

The agenda would be the same as in the first round, which De Mistura abruptly suspended on February 3 when fighting broke out around Aleppo.

The negotiations are aimed at establishing a new inclusive government, a new constitution, and new parliamentary and presidential elections within 18 months.

The leaders of Al-Qaeda’s Syrian affiliate Nusra Front rejected the truce on February 26 and called for new attacks against the government. Nusra and the Islamic State group were excluded from the truce because they are UN-designated terrorist organizations.

However, Nusra has links to other rebel groups in the Aleppo area and elsewhere in Syria, thus continued strikes at Nusra fighters run the risk of also hitting some of the nearly 100 opposition groups that have signed onto the peace effort.

With reporting by Reuters, AP, AFP, and dpa