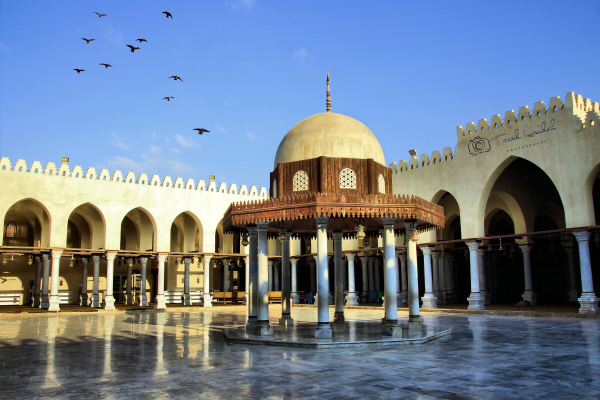 He (‘Amr ibnil-Ās) then faced us and said: “Verily the most excellent thing that we prepare (for ourselves) is the testimony of Lā ilāha illallāhu wa anna Muhammadur Rasūllullāh (There is none worthy of worship except Allāh, and that Muhammad is His Messenger).

Indeed I have passed my life through three stages. I had seen myself when there was no one more bitter in hatred towards Rasūlullāh Sallallāhu ‘Alaihi wasallam than myself, and no one more desiring to seize an opportunity to kill him than myself! And had I died in that state, I certainly would have been of the people of the Fire.

Then, Allāh placed Islām in my heart, I came to Rasūlullāh Sallallāhu ‘Alaihi wasallam and said: Give me your right hand so that I may pledge allegiance to you. He extended his right hand, but I withdrew my hand. At this he asked: What is with you O ‘Amr? I said: I want to make a condition. He said: Make a condition of what? I said: That I be forgiven! He said;

And (thereafter) no one was more revered to me than Rasūlullāh Sallallāhu ‘Alaihi wasallam. And I could not bear to fill my eyes (with the sight) of him out of reverence for him. And if I were asked to describe him, I would not be able to do so, as I never looked at him to my fill; and had I died in that state, I would have been hopefully amongst the people of Paradise.

Afterwards, we were given responsibilities regarding which I know not how I have fared, (This was the third phase of my life). So when I die (see that) I am not accompanied by a wailing woman, or a fire. When you have buried me, mould the mud upon my grave (in the shape of) a mound, then remain standing around my grave for such time as it would take to slaughter a camel and distribute its meat, so that I may feel solace from you, while I see what reply I give to the messengers (angels) of my Rabb.“ [Muslim].