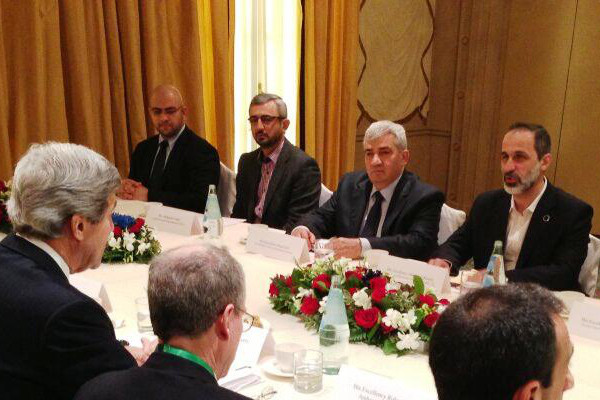 The main umbrella for Syrian opposition and rebel groups says it “agrees to a temporary truce” as long as the main opposition’s demands are met, the Associated Press reports.

The High Negotiations Committee says in a statement issued after its meeting in Saudi Arabia late Monday, February 22 that it “has given its acceptance of international efforts for a cessation of hostilities in Syria.”

The announcement came hours after the United States and Russia agreed on a new cease-fire for Syria that will take effect Saturday.

The HNC says “acceptance of the truce is conditional” to the Syrian government ending its siege of 18 rebel-held areas, releasing detainees and the cessation of aerial and artillery bombardment, AP says.

Indirect peace talks between the Syrian government and HNC collapsed on February 3, because of a large-scale government offensive.