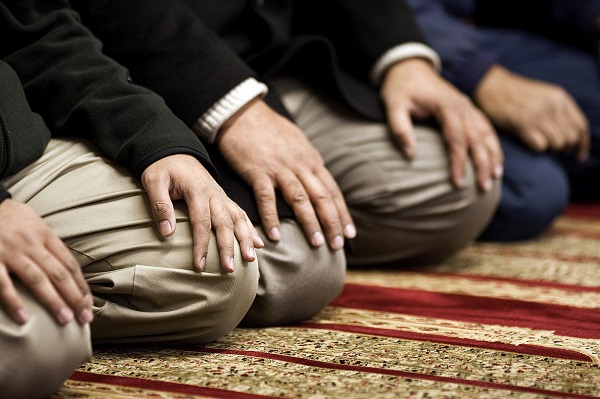 A Masjid should be a place where one attains peace and be in peace with himself and with those around him.

Two teenagers travelled miles to the city of Toronto to attend a Friday sermon.

It was their first time to attend a Muslim gathering.

They were hoping for a memorable experience which they would cherish for a long time.

Things had turned ugly when they entered the mosque.

A man had shouted   at them for dressing up like bad girls. He told them that they did not belong to a Masjid but a nightclub.

The two Muslim teenage girls left the mosque crying. They were in a state of shock and disbelief. They made a commitment of never stepping their feet to another mosque again.

It is sad and unfortunate to find people who take matters into their own hands at the places of worship.

They look around to find shortcomings in others and start speaking to them in a rude manner.

They are arrogant and don’t look at their own shortcomings. They start judging others as if they are God’s representatives on earth.

Even when they are in the middle of prayers, they look around and take a sneak peak in order to spot anyone not performing the prayer properly.

They don’t have proper manners in talking to people.

Enjoining what is good and forbidding what is bad is indeed an important principle in Islam.

As a matter of fact it is the criteria and the ingredient for being the best ummah.

“You have been the best nation that has been raised up for mankind. You enjoin what is right, forbid what is wrong…” (Qur’an 3:110)

Performing this task is not as simple as some people might think. It requires a sound knowledge, a high level of wisdom and superior communication skills.

A person who might be making an error while praying could be a new Muslim struggling to learn the basics or a visitor who is interested in Islam.

Lashing out at these people could turn them away from Islam.

A convert has confided to my wife a sad story.

Her son who is not a Muslim used to accompany her to Islamic centers but not anymore.

Every time he comes to a mosque he faces people harassing him of why he is not a Muslim yet and what was he waiting for.

Even when he comes to pick up his mother, he waits outside in order to avoid harassment and humiliation.

It is important to have outstanding qualities when approaching others.

The Prophet of Islam was given a dire warning about the importance of showing mercy toward others.

It was what made people feel comfortable to come closer to him and listening to his message.

Had the Prophet been harsh and rude with them, they would have broken away from him.

One should not be hasty in correcting others. It is important to focus on oneself first and foremost.

The Glorious Qur’an emphasizes the importance of approaching people nicely.

“Invite people with wisdom and beautiful preaching; and argue with them in ways that are best and most gracious.” (Qur’an 16:125)

When one encounters an issue that requires attention, he or she should not take the matter into his own hands and act like a police officer.

A Mosque is Not a Lawless Jungle

When one finds an issue of concern in a supermarket, for instance, he or she tries to talk to the people of authority about it.

The same approach should be applied to the places of worship. There is an imam and other figures of authority who can be asked to address the matter.

A Masjid should be a place where one attains peace and be in peace with himself and with those around him.

A person who comes to a mosque has made a huge sacrifice or leaving everything behind in order to worship the Almighty in a state of peace. Such a devoted person deserves support and respect instead of harassment and hostility.

Even if he makes a mistake in the process, such mistake should be overlooked in the name of brotherhood.

The atmosphere in the Masjid should always be welcoming and everyone should work hard to maintain that atmosphere, so that even when someone who is overwhelmed with grief and sadness enters the Masjid, he or she should feel a sense of relief that can never be found anywhere else but in the Masjid.