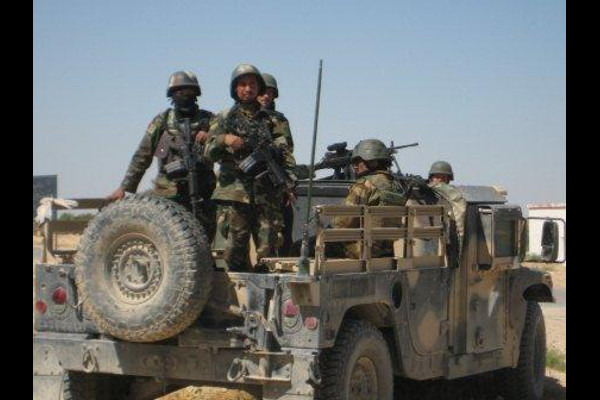 PanARMENIAN.Net – Afghan forces have pulled out of bases in Musa Qala, a strategic district of the southern province of Helmand, after months of heavy fighting with Taliban insurgents, officials said on Saturday, Feb 20, according to Reuters.

Helmand, a traditional heartland of the Taliban and one of the world’s biggest centers of opium production, has been threatened for months and the United States recently sent hundreds of soldiers to the province to bolster its defense.

The commander of the Afghan army’s 215th corps, Mohammad Moeen Faqir, said troops had been ordered to pull back from Roshan Tower, their main base in Musa Qala, as well as other checkpoints to reinforce Gereshk, straddling the main Highway One which links Kabul with the south and west.

“Their presence in the area did not mean anything,” he said, according to Reuters. “We will use them in battle with enemies in other parts of Helmand province.”

Fierce fighting has raged in Musa Qala and other parts of Helmand for months and the Taliban overran the district in August last year before they were driven back by Afghan forces backed by U.S. airstrikes.

Musa Qala itself is a dry and sparsely inhabited district that British and American troops fought hard to control between 2006 and 2008 but its loss could bring further losses elsewhere, including Sangin where government forces have been clinging on.

“Now that the government has withdrawn its forces from this district, we will see Kajaki, Gereshk and Sangin collapsing very soon,” said deputy provincial council member Abdul Majid Akhundzada.

The Taliban said in a statement it had captured armored personnel carriers, bulldozers and other equipment abandoned in Roshan Tower and nine other checkpoints.

The withdrawal prompted speculation among local officials that the government had reached an arrangement with the Taliban but Abdul Jabar Qahraman, presidential envoy for security affairs in Helmand, denied any such pact.

“There wasn’t any deal,” he said. “We learnt that there was no need to continue the fight in that area.”

The outgoing commander of international forces, Gen. John Campbell, recently sent hundreds of American troops to Helmand, where they assist and train Afghan forces but do not fight.

A spokesman for NATO’s Resolute Support mission in Kabul said its aim remained to train, advise and assist and referred questions on Afghan troop movements to the defense ministry.

U.S. officials estimate the Taliban dominates or threatens almost a third of the country and has full control over at least four districts. Although it briefly took the northern city of Kunduz last year, it does not control any provincial capitals, Reuters says.

Although Helmand has been one of the provinces most at risk, the Taliban have been pushing forward across the country, putting severe strain on government troops, fighting alone since international forces ended most combat operations in 2014.