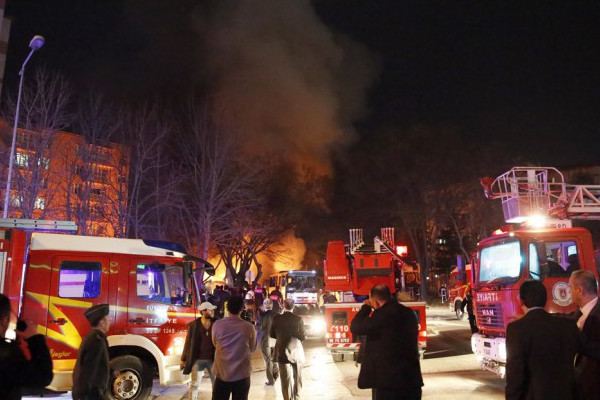 Prime Minister Ahmet Davutoglu said the Ankara attack was carried out by operatives of the outlawed Kurdistan Workers’ Party (PKK) in cooperation with the Syrian Kurdish People’s Protection Units (YPG).

But the head of the Syrian Kurdish Democratic Union Party on Thursday denied Turkish allegations that the group was involved in the bombing.

“We deny any involvement in this attack,” Saleh Muslim told AFP.

The massive car bomb struck five buses carrying military service personnel when it stopped at a red traffic light in the centre of the capital on Wednesday evening. Sixty-one people were wounded.

Also Thursday, at least six soldiers were killed in an attack on their convoy in southeastern Turkey blamed on Kurdish militants, security sources said, according to AFP.

“We have never heard of this person Salih Necar,” said Muslim.

“These accusations are clearly related to Turkish attempts to intervene in Syria,” he added.