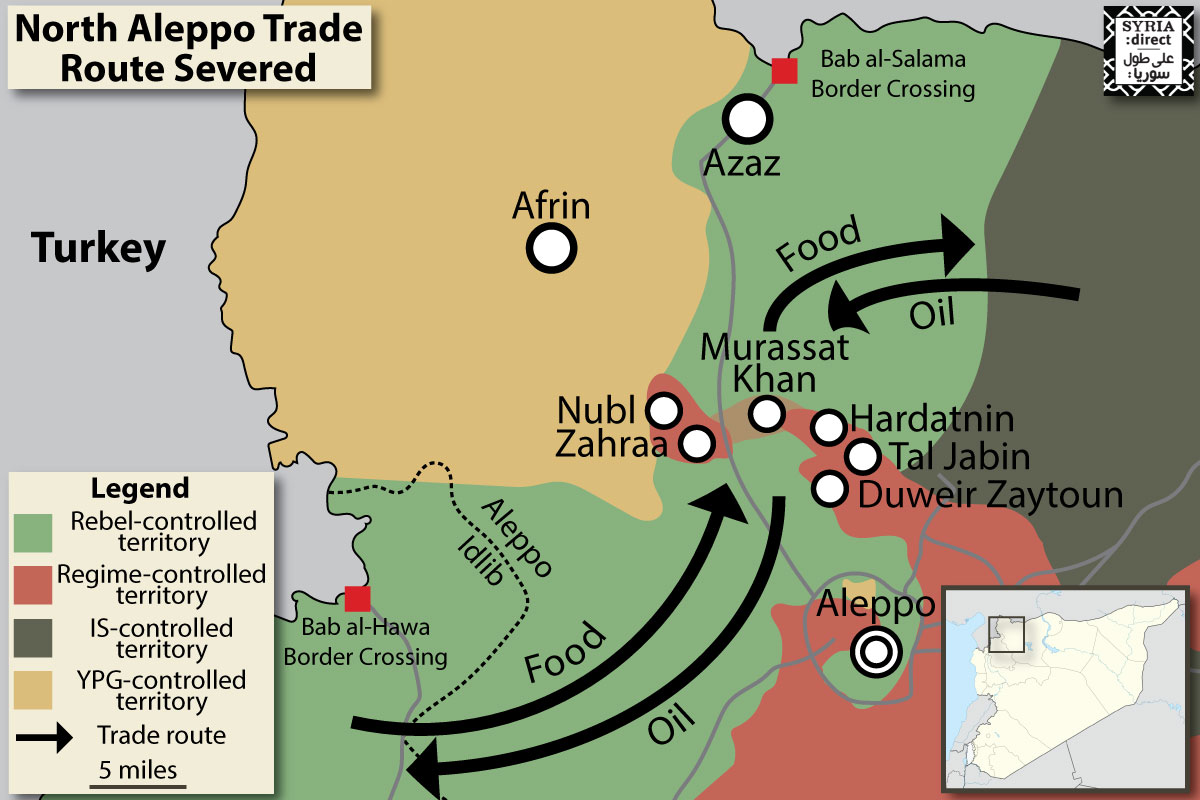 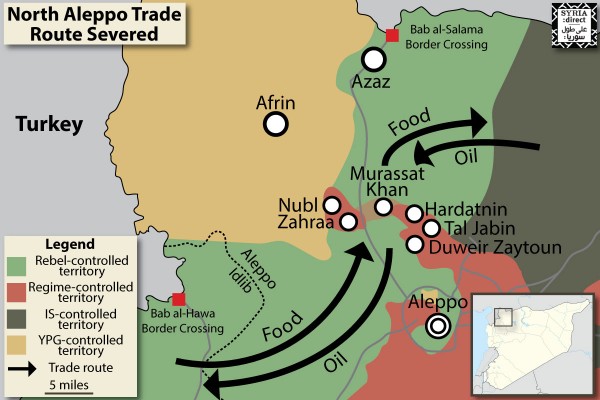 With Syrian government and Iranian forces encircling Aleppo aided by Russian air attacks, it behooves us to consider what happens if President Assad wins. He is close to achieving his main goal by taking control of what he regards as “useful” Syria, which includes the corridor north from Damascus at least to Aleppo and west to Lebanon and the Mediterranean.

This Assad victory would not defeat ISIS, which controls territory to the east of this corridor, or the Kurdish forces that control most of the border with Turkey. Neither ISIS nor the Kurds have clashed more than occasionally with Syrian government forces, the Iranians and Russians. The Kurds appear to have an explicit understanding with the regime, which maintains government facilities within Kurdish-controlled territory. The regime and ISIS stay out of each other’s way.

Aleppo was once the largest city in Syria, with more than 2 million inhabitants. How many remain is unclear. Tens of thousands have fled in recent days north to the Turkish border, where they are blocked from entering. Many more presumably remain in the city, some in areas that have long been regime-controlled. If the encirclement of opposition areas is successful, they face starvation, bombardment and eventual surrender. Large parts of the city are already destroyed.

Idlib, to the soutwest of Aleppo, is also under attack and at risk of being cut off from Aleppo and from Turkey.

Judging from what has occurred elsewhere, there will be little effort to rebuild, except in areas dominated by or repopulated with Alawites and Shia. Syria’s Sunnis and others who have opposed Assad will be left to fend for themselves. Neither Russia nor Iran has provided significant reconstruction aid, the bill for which will be well over $100 billion. The Europeans, Americans and Gulf have provided most of the humanitarian assistance, relying in part on the United Nations, but they will presumably be unwilling to pay for reconstruction in areas where the regime regains control.

With moderate rebel forces defeated in the north, the odds are that the extremist forces of Jabhat al Nusra (JN), an Al Qaeda affiliate, and the Islamic State (ISIS) will gain. JN cadres appear to be mainly Syrian. ISIS is not. We should expect that whatever moderate Syrian forces remain will ally with JN, which will continue to fight. ISIS relies heavily on foreign fighters and is much less likely to attract many Syrians. Kurdish and allied Arab forces have been pressing south towards Raqqa, which is the de facto“capital” of the ISIS caliphate, but taking the city would require a far bigger Arab force than appears to exist right now.

In the south, moderate forces are holding up a bit better, but they have not come under the same kind of intensive regime, Russian and Iranian assault mounted around Aleppo. ISIS has been active in a small part of the south, but so far without any big success. It remains to be seen what will happen there.

A regime takeover of Aleppo and Idlib will end any serious military prospects for the moderate non-Kurdish opposition, except in the Azaz pocket near the border with Turkey. Even there, the Kurds and regime, Iranian and Russian forces may combine to push them out and force displaced Arabs into Turkey. Assad would be glad to add to Erdogan’s woes.

Assad has long wanted the contest in Syria to be seen as a fight between his regime and the extremists. He is getting close to driving the relative moderates off the battlefield, fulfilling his own prophecy. The consequences for many Syrians, for Turkey and for the prospects for peace will be disastrous.