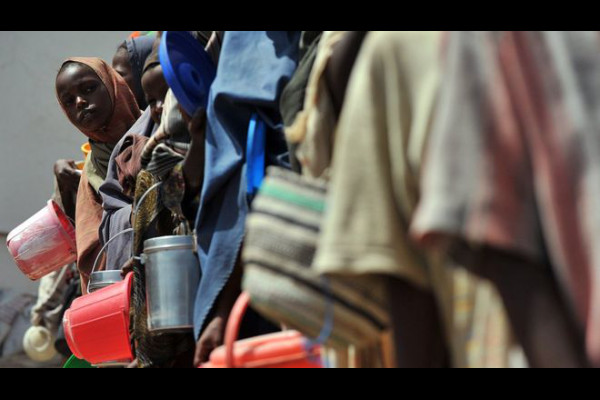 More than 58,000 children in drought-hit Somalia will starve to death if they do not receive urgent support, the United Nations has warned.

The situation in the country, where dry conditions are exacerbated by an exceptionally strong El Nino weather pattern, is “alarming and could get worse”, the UN said last week.

It added that an estimated 4.7 million people are in need of humanitarian assistance and some 950,000 people “struggle every day to meet their food needs”.

“The level of malnutrition, especially among children, is of serious concern, with nearly 305,000 children under the age of five years acutely malnourished,” said Peter de Clercq, the UN aid chief for Somalia.

“We estimate that 58,300 children face death if they are not treated,” he added

The warnings, based on the latest data collected by the UN, come four years after intense drought and war sparked a famine killing more than 250,000 people.

Northern Somali areas, including self-declared independent Somaliland along the Gulf of Aden and semi-autonomous Puntland, are especially hard-hit.

“We are deeply concerned … with severe drought conditions intensifying in Puntland and Somaliland, many more people risk relapsing into crisis,” the UN said, calling for $885m in aid.

The warning comes as neighbouring Ethiopia struggles to combat its worst drought for 30 years.

At least 10.2 million people need food aid in Ethiopia, a figure the UN has warned could double within months, leaving a fifth of the population to go hungry.

In South Africa, five of the country’s nine provinces have been declared disaster zones in what has been described as the worst drought in 20 years.

El Nino is triggered by a warming in sea surface temperatures in the Pacific. It can cause unusually heavy rains in some parts of the world and drought elsewhere.