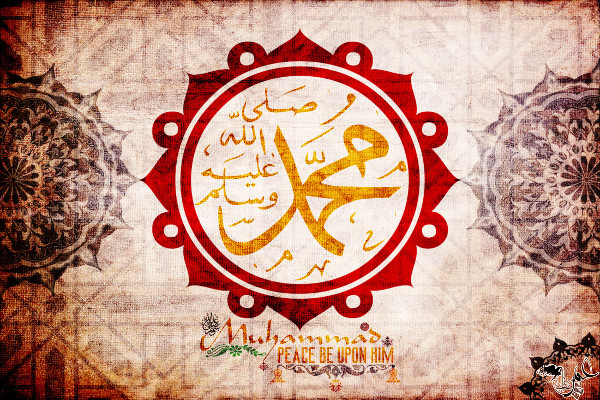 If the creation of Allah were to become aware of the blasphemous and sacrilegious mockery, insulting and dishonouring the Beloved of Allah [Habībullāh], the Chosen-One [Al-Muştafā], the Owner of the Praised Station [al-Maqām al-Mahmūd], Mercy of the Worlds [Rahmat al-‘Ᾱlamīn], the intercessor of the sinners [Shafi`i al-Mudhnibīn] the possessor of the best character [al-Khuluq al-Adhīm], then no doubt the creation would tremble. If Allah gave them the ability to speak to the Muslims then what would be their response?

The Ka’aba would say, “I was honoured to bow down to him when he arrived into this world. I felt delighted when he came into me and honoured me.”

The Mountains would say, “We would be overwhelmed (Mount Uhud) and were moved when the blessed feet were on top of us. [Al-Bukhārī] We were ready to listen to the command of the Beloved. We would have crushed the enemies of our Beloved if he commanded us. But he was sent as a Mercy (Rahmah) and prayed for them.” [Al-Zarqānī]

The Pebbles would say, “We were imprisoned in the hands of the staunch enemy (Abū Jahl) and yet we called out his name (Kalimah), responding to his order.” [Jalāluddīn al-Rūmī]

The Sun would speak out, “O Muslims! I surrendered myself to the order of the Blessed one and I rose again after I had already set.” [Al-Zarqānī and al-Shifā]

The Moon would say, “I would move according to the pointing of my beloved when he was in the cradle. [Imām Baihaqī in his Dalāil] I split my heart into two when the blessed finger pointed towards me.” [Al-Zarqānī]

The Water of the Wells would say, “We were blessed of receiving his saliva. We changed our traits and became sweet only for his sake.” [Al-Zarqānī]

The Fire would speak out, “I cooled down for his beloved companion (‘Ammār Bin Yāsir RadiAllāhu Anhumā) when my beloved told me to do so.” [Shaykh Abdul Haqq al-Dehlavī]

The Camels would say, “We would come to see him. We would prostrate in front of the best of creation, the Mercy of the worlds.” [Imām Ahmad Ibn Hanbal]

The dried palm tree-trunk (Hannānah) would say, “I was honoured being in his blessed company. I cried like a baby in separation of my Beloved. He embraced me and buried me with his blessed hands.” [Al-Bukhārī and Zarqānī]

The Donkey would say, “I (Yafūr) was privileged of carrying the best of creation on my back. After his veiling away from this world, I could not endure his separation so. I fell into a well and gave my life in his love.”

The Eagle would cry out, “I was blessed holding his blessed Sandals to protect him from the poisonous snake.”

The Deer would say, “I listened to the order of my Beloved by coming back after feeding my children. He then freed me. I was so delightful that I went running to the jungle reading his Kalima.” [Imām Ahmad Ibn Hanbal]

The Pigeons would say, “We protected him and his companion (Abū Bakr al-Siddīq RadiAllāhu ‘Anhu) by laying eggs and sitting on our nests on the mouth of the cave (Thour).” [Al-Zarqānī]

The Clouds would say, “We shaded the Sun of the universe. We moved with him wherever he went. When he commanded us, we showered rain on his blessed city.”

The Burāq would say, “How fortunate I was! I carried the beloved from the Sacred Haram (Makkah) to Masjid al-Aqsa.” [Tafsīr Rūh al-Bayān]

The Spider would say, “I spun a web to close the mouth of the cave to protect him and his companion (Abū Bakr al-Siqqīq RadiAllāhu ‘Anhu) from the enemies.”

The small stones would respond, “We were honoured to be thrown by his blessed hands. He blinded the enemies in the midst of a battle (Hunayn).” [Mishkāt al-Maşābīh]

The Trees would speak out, “We were honoured of serving the Beloved of Allah by shading him when he blessed us with his presence. We would uproot ourselves and come to him crawling whenever he ordered us to do so.” [Qādī Iyād in his al-Shifā and Surūr al-Mahzūn]

The Lion would speak out, “I helped one of the companions of my Beloved and guided him (Safīnah RadiAllāhu ‘Anhu).” [Qādī Iyād in his al-Shifā]

The Wolf would say, “I spoke out eloquently to inform the shepherd of the arrival of the Prophet who possessed the Knowledge of the past and the future (Yukhbirukum Bimā Madā wa mā huwa kāinun).” [Qādī Iyād in his al-Shifā]

The Goats would say, “We were honoured of prostrating to him and kissing his forehead when he was in the lap of Halīma. Others were blessed by being sacrificed at his hands and others miraculously gave milk to serve him and his companions.” [Imām Ahmad Ibn Hanbal and al-Shifā]

They would all then speak out and would say,

“O Muslims! We served him as much as we could. But what have you done to serve him and honour him though you claim to be his followers? Our Beloved Prophet SallAllaho Alaihi wa Sallam is being insulted yet you do nothing? We responded to his every call and yet you are disobeying him. O Muslims! Be sure that salvation is only in his obedience.”

The Moon splits, the trees speak and animals Prostrate;
Allah Bless! The center of the universe is indeed this Master