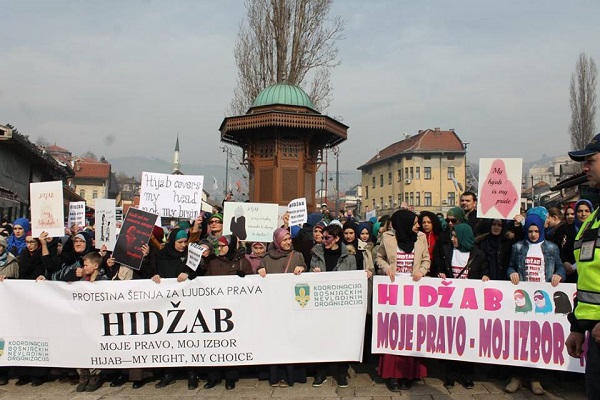 MOSCOW (Sputnik) — According to the BBC, the women marched Sunday for 30 minutes in the country’s capital of Sarajevo.

Women in #Bosnia protest against restrictions on wearing the hijab in certain public institutions. via @aa_balkans pic.twitter.com/RH6PkwgWQF

The ban is a “serious attack against Muslim honour, personality and identity” seeking to deprive Muslim women of their right to work, one of the organizers of the protest said, as quoted by the British broadcaster.

According to the BBC, around 40 percent of Bosnia’s population is made up of Muslims.