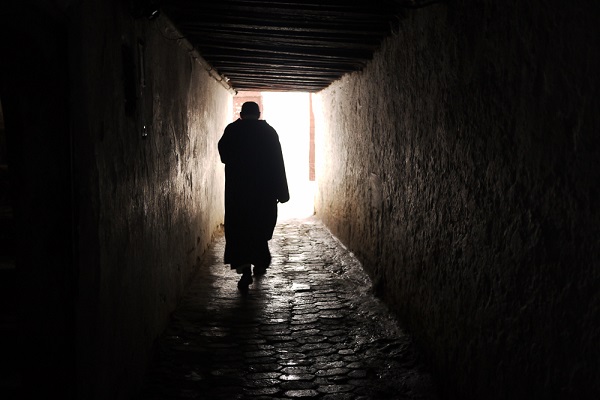 “Verily, the Mu’mineen (Believers) are those who believe in Allah, and His Rasul (Messenger). Thereafter they have no doubt and they strive in the Path of Allah with their wealth and their lives. Assuredly, they are the Saadiqoon (the sincere/truthful ones).” (Quran 49:15)

The following is narrated in the Hadith Shareef:

THE NATURE OF SIDQ

Sidq or sincerity consists of developing a noble character trait and cultivating it until one attains its perfection (as part of one’s character). The literal meaning of Sidq is firmness. It is for this reason that a Waliyy-e-Kaamil (a saint who has attained spiritual perfection) is called a Siddeeque. In all ahwaal (states), af’aal (acts) and aqwaal (statements) the Waliyy-e-Kaamil is well-grounded, firm. He has realized the state of perfection. In the Shari’at (Sacred law), the conception of Sidq includes actions, statements, and states and conditions.

The the practical summary of what has been explained is that one should develop ome’s acts of Ibaadat/ritual worship or obedience to the stage of perfection of sincerity. For example, perform Salaat in such a way that it could be described in the Shari’at as Salaat-e-Kaamilah (perfect Salaat), i.e. a Salaat performed observing all the external rules and proprieties (Aadaab-e-Zaahirah) such as correct posture, and all the internal rules and proprieties (Aadaab-e-Baatinah) such as feeling awe. The same should apply to all other acts of obedience and Ibaadat. They should be rendered in the Kaamil (perfect) way as layed down in the Shari’at. The adoption of this way is true Sidq.

Sidq is dependent upon the knowledge of the factors which produces perfection. One has, therefore, to be alert at all times and compensate for one’s shortcomings. An effort is to be made to rectify imperfectly performed obligations as stipulated in the Shari’at which requires learning. Constancy in monitoring, improving, and perfecting one’s acts, words, and states, along with constant repentance for the gross shortcomings that will inevitably be revealed will ensure within a short while or at length (according to Allah’s will) the perfect state of Sidq. This is the Sunna regarding sincerity and we ask Allah Ta’ala for success in gaining it.