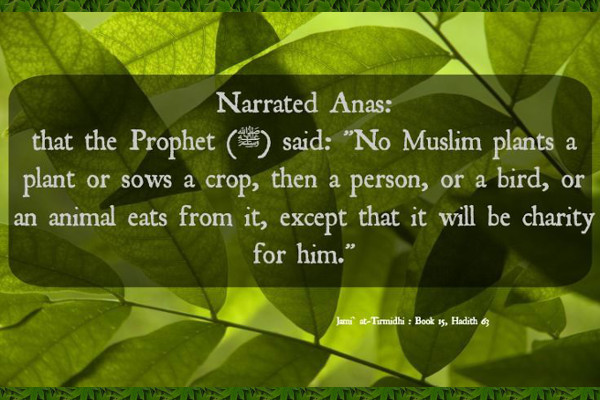 YOU WILL GUARD THEM

He (Allah bless him with peace) was on his way to the biggest victory of his life that lasted sixty-three years. He was leading an army that had ten thousand soldiers and was about to enter Makkah which was both his home and native land.

While he (Allah bless him with peace) was marching at the foremost of His army, He saw a female dog that had just given birth and her babies. He called His companion, Suraka the son of Juayl, and told him:

“You will stand in front of the mopther and her little ones. Guard and protect them from being crushed until the whole army pass by.“

The mother and her babies were not disturbed but the army of the conquest that had ten thousand soldiers had changed its direction. (1)

THE ANIMAL WHICH IS UNABLE TO SPEAK

One day while he (Allah bless him with peace) was walking, he saw a lean camel whose belly had shrunk to its back. He became sad and turned to its owner:

“Fear Allah while tending this animal which is unable to speak!” (2)

IN FRONT OF ITS EYES

His cousin Abdullah, the son of Abbas narrated. One day, we were going somewhere with the Apostle of Allah (PBUH). Someone tied a sheep for slaughtering and was sharpening his knife in front of its eyes. Hz. Muhammad (PBUH) called that person:

“Have you intended to kill it again and again?” (3)

NO ONE CAN TOUCH YOU

He (Allah bless him with peace) was sitting with his companions. A camel came to him by sprinting and stopped. It seemed as if she was searching for a shelter. After a short time, its owners, who pursued her, arrived.

They said “O Apostle of Allah! This camel belongs to us. We have been searching it for three days. After all, we have found it near you.”

The camel was standing at the back of the Prophet Muhammad. He spoke without releasing its bridle:

“But your camel has been complaining about you so much.”

“O Apostle of Allah, What is she saying?”

“She has been raised by you; she has carried goods for years; she has given you many babies and then you have tried to slaughter her by aiming to eat her meat.”

“Yes, O Apostle of Allah, You have said exactly what happened.”

Thereupon, the prophet Muhammad (PBUH) bought the camel by paying a hundred silver coins and turned to the camel: