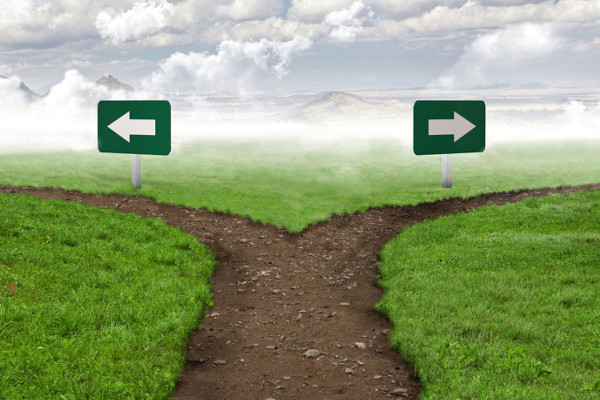 Over the years, I’ve experienced two widely divergent attitudes among Muslims towards the field of psychology. Two stories will illustrate the discrepancy. In one corner, we find brothers and sisters disturbed by Muslim leadership’s reluctance to address the incidence of psychological disorders in the community. These individuals are often frustrated with the community’s go-to solution of seeking religious counsel, when indeed those suffering should see a psychologist. In the other corner, we see Muslims completely against the field of psychotherapy. They hold this view either out of ignorance of the profession or otherwise believing it belongs squarely within a secular framework, thereby having no place among Muslims. To address this discrepancy, allow me to first reflect on a small incident which occurred not long ago. I was asked to present a small overview concerning the historical and cultural development of Western psychotherapy at a brother’s gathering. Upon completion I asked if anyone had any questions or topics they would like to discuss. Immediately, one of the brothers turned towards the others, promptly reminding them that all psychological issues are indications of a weak faith (Iman). While I obviously disagree with the brother’s attitude towards mental illness, I was nonetheless conflicted; I don’t subscribe to the contemporary framework of mental illness and psychotherapy found in Western literature – to which most people allude to when they speak of ‘psychology’ – which this brother was attempting to dissect. This article will address the diverging positions embedded in this moment.

A take on the brother’s perspective

The brother turned towards the others and professed a simple idea: psychological suffering must be indicative of deficiency in faith. Individuals sincerely devoted to Allah, the brother argues, could never experience the turmoil associated with depression or anxiety, for their faith would protect them from such despair and anguish. In essence, he’s suggesting that psychological suffering (as understood by an individual’s loneliness, insecurity, etc.) is the quintessential product of one’s negligence towards Allah, which otherwise would have developed a spiritual mode of being beyond worldly life. The brother’s logic harbors a significant number of misconceptions about psychological suffering, theology and well-being, beyond the scope of the article. However, instead of reflecting on the fallacy of his arguments, I would rather begin by underlining what I agree with. First of all, faith and religiosity are indeed great remedies for many of the downtrodden; ultimately, as the meaning-seeking creatures that we are, finding meaning and purpose in one’s life can have a strong impact on one’s well-being, especially in nihilistic societies which dismiss transcendental purposes all-together. Man’s Search for Meaning by the late psychiatrist Viktor Frankl, considered one of the most influential books in the United States, highlights how life’s meaning remains our greatest preoccupation in times of distress. Thus, what the brother was suggesting wasn’t wrong per se but, significantly, the problem lies in assuming that all sources of suffering can be attributed to purpose and meaning.

I questioned this brother how we should respond to a Muslim who expresses a deep devotion towards Allah, but is suffering nonetheless. The brother remained firm in his resolve: psychological suffering is indicative of weakened faith, even should the sufferer affirm their absolute devotion to Allah. There is no way to argue with this of course, for neither he nor I can open the hearts of the suffering to validate our positions. The discussion ended where these widely diverging positions of human nature were irreconcilable. Unfortunately, the brother failed to recognize how, in fact, I agreed with him in many instances. I was merely complicating the subject matter as I felt it deserved, whereas the fundamental issue with his argument is its simplicity. Psychologists would find his argument ludicrous, retorting that it completely dismisses the biological and genetic causes of mental illness. In my opinion however, this merely counters simplicity with simplicity. Rather, I will argue for a complexity which takes the historical and cultural ramifications of our understanding of illness and well-being into consideration.

A take on modern psychology’s perspective

Psychological theories of illness are popularly celebrated as scientific. This is far from true – at least not in the conventional sense of how we assume science to reflect objectivity. Although psychology aspires to achieve the same status of the natural sciences in its research methodology, psychology differs fundamentally from other fields because of how painfully clear how flimsy our understanding of human nature really is. The modern classification of mental illness founded in the DSM (Diagnostic Statistical Manual – the clinical manual classifying mental health disorders such as depression) was founded on the assumption that a reoccurring collection of symptoms reflects an inherent biological disorder in the brain. This hypothesis has proven itself unsuccessful, and we have begun to fathom the complexity of human suffering, begging the question: if mental health disorders are not biologically caused, what is the basis of our suffering? The reality is that our attempts to uncover our afflictions inevitably reflects the philosophy and culture of a particular civilization, as a function of how we come to understand what it means to be human. As a result, our common-sense definitions of well-being, informed by particular cultural contexts, undoubtedly define our perspective of normal and abnormal psychopathology. As such, there isn’t a uniform psychology which is universal in the same sense as we understand the laws of physics, but rather a great variety of psychologies across time and space. Scholars have begun to understand that, to a very large extent, the DSM is in fact an artifact of Western civilization, and indeed individuals from other cultures may suffer in a manner completely foreign to this classification. Despite this realization, many psychologists continue to arbitrarily apply the terminology found in the DSM for cultures in which there isn’t any legitimate basis.

A common example I like to give is suffering. One of the more common Western perspectives on suffering is that it should be remedied at all costs. Those suffering, be they depressed or otherwise, should find a path returning them towards happiness and ultimately a state of non-suffering as soon as they can. This perspective has developed our way of being in a manner which cannot bear suffering, encouraging us to fix or avoid the state all-together – hence, the great success of industries (entertainment, drugs, etc.) which helps us forget ourselves. For psychotherapy in specific, this would mean emulating a quasi-medical model of interventions, in which therapies are proposed to address a specific illness in a timely manner. Psychotherapies have thus developed in a manner which fit this cultural understanding of suffering. Ironically, the psychotherapy we see today is not as Freud envisaged it (his approach was substantially more comprehensive and meaningful). One of the reasons for the current iteration in psychotherapy is the dominant ‘be happy’ ideology of the 21st century. Islamic philosophy, as other religions, diverges significantly from this perspective on suffering. In Islam, suffering finds its purpose as a means and reason to return to Allah. As such, the fundamental attitude is not avoid or fix it absolutely (which we know is impossible), but to reflect on it, humble oneself through it, and seek gratitude out of it. This fundamental divergence at the heart of modern psychology and Islam’s understanding of humanity establishes a plethora of different meanings attributed to healing, development and well-being. Knowing full well the historical framework within which modern psychology developed, one should remain cautious of wholly transposing its understanding of humanity onto other cultures.

What is the middle path?

The middle path is a difficult one. On the one hand, some Muslims clearly dismiss the basic human elements involved in suffering. Not all issues are entirely spiritual in nature, and the obvious evidence for this lies in the millions of clients who have sought, and successfully developed, more meaningful lives via psychotherapy. Here I often give the example of a man who is starving, begging others for food. In turn, the others give the man a Quran to subdue his growling pangs of hunger. While no one would dispute the immense benefits associated with the reading of Quran, the hunger persists. Should the starving man repeatedly share his affliction with others and continue receiving Qurans in return, it is not inconceivable to imagine he might develop ill feelings towards the people helping him – and perhaps the scripture they offer him as well. Wisdom necessitates that we address the specific needs of this man’s problems, which many of us often neglect in reality. This reflects the issue with the brother’s arguments in the first section. We know very well, as the social creatures that we are, that every human being has personal and social needs which must be addressed and fulfilled. At the same time, I see many Muslims take a position towards a Western understanding of psychology as if it is absolutely indispensable. We must however keep a critical eye towards the historical and cultural formation of the field of psychology. Here I encourage all brothers and sisters within the field to read more in the growing domains of cultural and critical psychology to develop a sense of the cultural relativity of the concepts we readily employ. To conclude, Muslims are now faced with the task to develop an understanding of a psychological configuration that both is unique and appropriate to their context and framework. This middle path – not dismissing our humanity, nor simply reflecting Western constructs of human nature either – however is, admittedly, very confusing. And that’s OK. Perhaps in our confusion we will find an opportunity to reflect on underlying constructs such as well-being, illness and development, and develop a different and more appropriate vernacular to describe the suffering of Muslims living in Western societies. I would argue that is not only ideal, but in fact a communal imperative for us all.

About the author: Tarek Younis is currently finalizing his PhD/PsyD in Clincial Psychology at the Université du Québec à Montréal, in Montréal, Canada. Although his current dissertation research focuses on the identity development of Western Muslims in Montreal, Berlin and Copenhagen, his clinical research interests revolve around the historical and cultural development of mental illness and psychotherapy. As such, he is especially interested in the diverging formulations of suffering and healing found within modern psychology and Islamic texts. Further readings and online consultation can be found on his website: www.tarekyounis.org