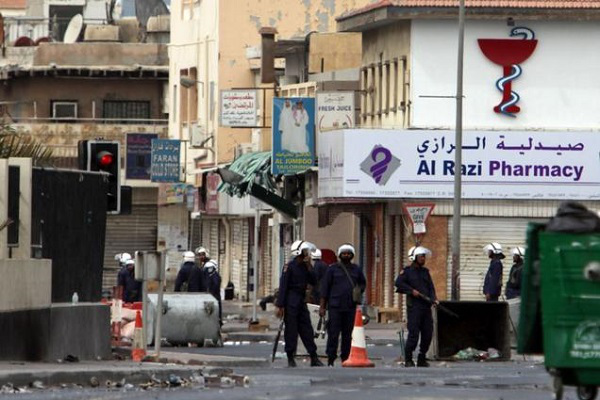 World governments have been using the “politics of fear” to crush dissent, according to Human Rights Watch (HRW).

In its 2016 World Report on human rights in 90 countries and regions around the world, HRW says authoritarian governments that fear peaceful dissent did everything they could to hold their peoples in a tight fist last year.

“What we’ve noticed over the last year in particular is that the autocrats of the world, the authoritarian governments are running scared in the face of civil society,” said Kenneth Roth, HRW Executive Director at a press conference in Istanbul.

HRW said societies have been empowered by social media on their mobile phones. This technological tool has allowed civic groups to mobilize large groups of people to protest in countries where organizing individuals would otherwise be impossible due to human rights violations like censorship in media.

The organization warns that the Russian and Chinese governments are imposing the biggest crackdown in recent history.

“Both [Russian President Vladimir] Putin and [Chinese President] Xi Jinping have made an implicit pact with their people. They say we will give you increasing prosperity; you let us govern without any real accountability. And that deal has worked for leaders while the economy improved. But now that the economy is in trouble those leaders are terrified that their people will begin to protest,” said Roth.

The Chinese government is accused of using anti-terror law to crush the creation of rights groups in the country. Russia has made it harder for civic groups to exist when they receive foreign funding. Both nations deny the claims. Beijing argues it is running a lawful country. Moscow says it won’t allow foreign interference in internal affairs.

With peace talks to end the conflict in Syria set to start this Friday in Geneva, Roth said HRW worries the diplomatic process won’t tackle the atrocities in a country, where hundreds of thousands have been killed during almost five years of conflict.

“Secretary [of State John] Kerry and his allies are going about the Geneva talks backwards. They seem to have the view that using Kerry’s diplomatic prowess that he can simply knock heads in Geneva and arrive at some kind of accord for Syria without addressing the atrocities taking place on the ground, that they will end the war first and the atrocities will come later,” said Roth.

The Syrian conflict created one of the biggest influx of refugees into Europe since World War II. HRW is concerned some European political parties are using the wave to promote Islamophobia. It also says the emphasis on a potential threat by refugees is distracting European nations from really combating terrorism.

In the U.S., HRW notes that the terrorism threat is being used by lawmakers in the United States to try to reverse restrictions on intelligence agencies’ mass surveillance capabilities. Something that, according to the organization, undermines privacy rights.

“A number of recent attacks in Europe, the perpetrators were known to law enforcement authorities, but the police were too overwhelmed to follow up, suggesting that what’s needed is not more mass data but more capacity to pursue targeted leads,” said HRW.

Jose Miguel Vivanco, Director of Human Rights Watch Americas Division, told VOA deep abuses happened in that region in 2015. Cuba has been one of the biggest human rights violators for more than half a century now in Latin America. And while the U.S. and Cuba reestablished diplomatic relations, Vivanco said not much has changed.

“So far, the record of Cuba is exactly the same. What we need here is pressure coming from democratic governments in Latin America as well as Europe and other regions of the world now that nobody could argue that the Obama administration is implementing and promoting a policy of isolation,” said Vivanco.

Also of concern: Mexico’s drug cartels and corruption, the possibility of impunity for FARC members in the peace process with the Colombian government and abuses by the Venezuelan government.