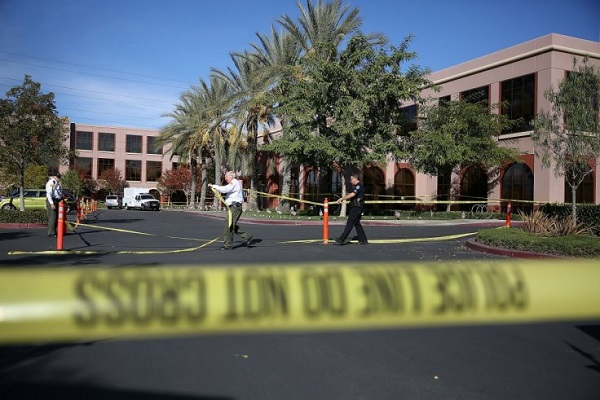 By: BENJAMIN B. WAGNER

The massacre at the Inland Regional Center in San Bernardino was a tragic reminder that the danger posed by foreign terrorist organizations that seek to radicalize Americans and inspire them to violent acts is real.

We in the Central Valley are not immune to these global influences. Last month, Nicholas Teausant, a young man from, pleaded guilty to attempting to travel overseas to join the Islamic State. This month, my office brought charges against a young man who lived in Sacramento, alleging that he lied to immigration officials about his travel to Syria to fight with another terrorist organization. Although neither was charged with planning violent acts within the United States, both cases illustrate the global reach of terrorists.

As the U.S. attorney, protecting the public is my mission, and preventing acts of terrorism is my top priority. One of my first acts in office was to create a unit to ensure we had sufficient expertise to handle complex national security investigations. My office works closely every day with the FBI’s Joint Terrorism Task Force, and with our state and local partners, to keep this community safe.

But the threat from overseas terrorist organizations is not my only concern. If fear and misunderstanding leads to hostility and violence against our own Muslim American neighbors – or those perceived to be Muslim – the self-inflicted wounds will result in real and lasting damage to our community.

Foreign terrorist organizations seek to cleave Muslim Americans from their country by convincing them that America is at war with Islam. This narrative is false, but recent anti-Muslim rhetoric on the campaign trail and in the media is fraying Muslim Americans’ sense of security.

During my six years as U.S. attorney, I have spent a lot of time with members of the Muslim community throughout the Central Valley, visiting mosques and community centers and hosting meetings in my offices. I have encountered warmth and hospitality everywhere. They tell me constantly how horrified and repelled they are by terrorists who claim the mantle of Islam. They reject that distortion of their religion, and are pained by the notion that for too many Americans, their primary exposure to Islam is through media reports of violence and hatred.

The American Muslim community is very diverse and boasts a multitude of success stories. Surveys by the Pew Research Center show that on average their income levels are about the same as those of other Americans, and that their political and social values are generally consistent with those of the wider public.

Still, many Americans continue to harbor prejudices against Muslim Americans. In the wake of terrorist attacks, that can lead to overt hostility. Last month in Tracy, a Molotov cocktail was thrown at a mosque. In other parts of the country there have been instances of vandalism, death threats and arson. In speaking with Muslim men and women in the last few weeks, they have shared stories of being insulted and taunted. Muslim children are frequently bullied in school. Women wearing a hijab – the Muslim head scarf – are particular targets.

In many cases, this conduct may be illegal. Federal hate crime laws, which my office enforces, protect persons from violence or threats of violence based on religion. Many other laws are designed to protect members of religious minorities in the free exercise of their rights. In addition, vindictive conduct directed against Muslim Americans undermines national security. The Muslim community is a critical partner in combating radicalization to violence; harassment and hostility is likely to weaken the bond between Muslim Americans and law enforcement.

Finally, anti-Muslim harassment is un-American. If there is one value which uniquely defines us as a country, it is our commitment to equality and religious liberty. In these anxious times, in which the threat of terrorism is all too real, we must unite as Americans and resist the forces that seek to divide us. Failure to do so increases the risk of harm and betrays our values.