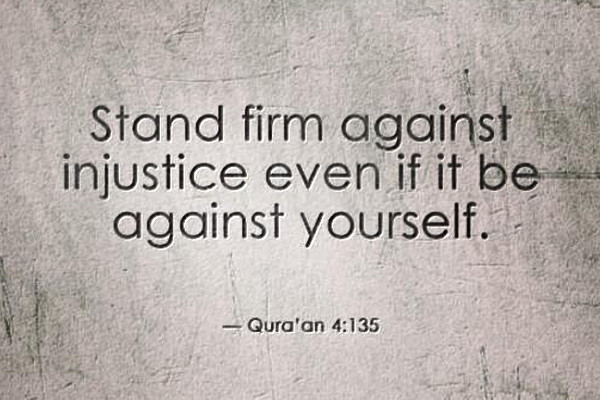 I was one of the many Muslim scholars and other faiths leaders invited to a major summit of its kind in Morocco to debate the rights of religious minorities living in the Muslim world. The summit opened on 25 January and brought together 300 influential thinkers from across the globe to reassert the principles stipulated by the Charter of Medina. The Charter is the first constitution for Muslims which enshrines the principles of tolerance, co-existence and pluralism.

The summit was hosted by Shaykh Abdullah Bin Bayyah, who is the President of the Forum for Promoting Peace in Muslim Societies, with the Ministry of Endowments and Islamic Affairs of the Kingdom of Morocco.

Explaining the background to the summit, Bin Bayyah told the summit that extremists were committing violence against Christians, Jews and other faith minorities under the banner of “Jihad”. As Muslim leaders, it is our responsibility to ensure that the principles enumerated in Islam are not toppled over by those who have territorial aims and want to create division between communities, said bin Bayyah.

In his address the King of Morocco, Mohammed VI, said that co-existence and cultural diversity is celebrated in Islam. Moroccan history is full of rich examples of celebrating multi-ethnicity. Examples include Moroccans protected some Jews from the tyranny of Nazism. The great grandfather of King Mohammed VI donated the land on which the church in Tangier is built.

The Prophet Muhammad himself and the early Muslim community was religiously persecuted at the time of advent of Islam. Islam has therefore enshrined the rights of religious minorities, and promoted religious tolerance and cultural diversity. The Quran states “To you your religion and to me mine” (109:6), and recognises religious freedom. It means respect, acceptance and appreciation of the rich mosaic of global cultures.

Articles 25-40 of the Charter of Medina focus on co-existence and pluralism, stipulating concepts a such as “No Jew will be wronged for being a Jew”. The formation of an “ummah” (one community) in the Medina Charter established idea of common citizenship regardless of religious beliefs. We want to counter the idea that Muslims and non-Muslims can’t live together. “Jihad was actually given to protect those who were being persecuted”, said Shaykh Hamza Yusuf

Peace, amongst the faith groups more than 1400 years ago was achieved in Medina, not through the might of arms but through “tolerance, love, and belief in co-existence”, said the Minister of Religious Affairs of Pakistan. “God has determined that we live side by side with other faith faiths in many nations,” said the Mufti of Russia.

Peace in our time can only be achieved through recognising the multi-ethnic, multi-belief and multi-cultural society that is celebrated by Islam. The message of the Religious Ministry of Egypt was that Muslims must implement the constitution of Medina to establish peace in their societies. “The freedoms granted by the Charter of Medina are a sign of political maturity and stability” recognised by Islam, said Dr Azizah Alhibri. “There is no compulsion in religion”, (2:256) stipulates Islam.

In a statement issued by the UN Secretary-General, Ban Ki-moon said that the recent violence in the Middle East goes against the rich diversity of the region. “There are no quick remedies” but religious leaders cannot be complacent. The UN will continue to work with religious leaders to preserve dignity and diversity across the Middle East region.

The radical groups such as ISIS, Daesh, Boko Haram have replaced Islamic values and principles founded in the Quran and Sunnah with anti-humanistic ideology. The leaders from Egypt to Saudi Arabia, Morocco to Pakistan, Russia to Indonesia and many other countries reaffirmed that protection of religious minorities is a human rights issue, and must be a priority for the Muslim world.

Muslim scholars gathered at the summit made it clear that religious minorities living in Muslim countries must enjoy safety and security, granted by Islam, unconditionally. Conflicts, tensions and divisions amongst faiths feeding animosity must be resolved through mediation, diplomacy, and dialogue. The Charter of Medina provides an exemplary foundation for peaceful co-existence between diverse communities.