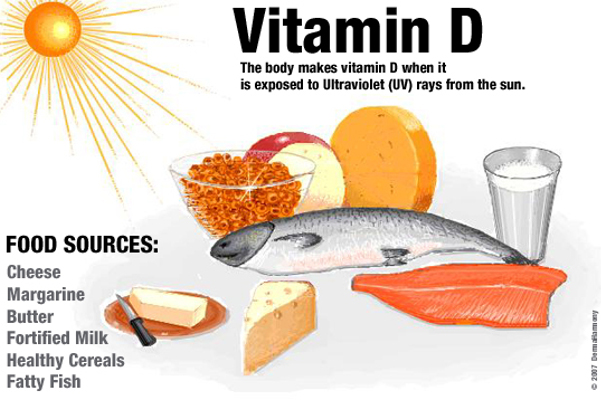 MV Editor’s note: We were impressed by the fact that the author of this article pointed out that in many traditional Islamic societies women had their own (often walled but open air) areas where they socialized among themselves without having to be covered as they would in the presence of men. The matter of vitamin D deficiency regarding hijabis therefore does not show anything wrong with the concept of Hijab, as some mistakenly think, but it perhaps does show that situations where the genders are constantly in contact with each other such that they must always be covered are less than ideal.

Pregnant women who wear the hijab are at risk of Vitamin D deficiency, but few are asked by their GPs about how much time they spend outside, or are prescribed extra vitamins, an Auckland researcher says.

Vitamin D is made by the body when skin is exposed to sunlight, but some Muslim women keep the majority of their skin covered if they may be seen by men outside of their immediate family.

Maryam Delshad looked into the risks of Vitamin D deficiency in Afghani women during pregnancy and in new borns, in Auckland, and shared her findings last month at a symposium into migrant health issues in Auckland.

She said few of the women had been prescribed Vitamin D.

“We found that all of them had received folic acid and iodine, however, only a minority of them was taking Vitamin D supplements because the majority of our participants GPs’ did not prescribe Vitamin D, or order Vitamin D blood tests for them.”

Ms Delshad said 24 women were interviewed, all of whom were refugees, and lived in state homes, often with extended family members.

As well as a fear of skin cancer, few of them had the privacy needed to get sunlight, she said.

“Only a few of them had a chance to go to the private yard and expose their skin to the sunlight.

“For example, a 28-year-old woman said, ‘we don’t have any private yard or balcony. Also, I live with my brother-in-law, so even at home, I always have cover.'”

The Ministry of Health said about 5 percent of people in New Zealand were Vitamin D deficient, while another 27 percent had lower than recommended levels.

She said in some countries there were specific areas for women to relax in the sun, where they could uncover some skin away from men, which is what she’d like to see in New Zealand too.

“They are covered completely with the high walls that women can go there and expose themselves to the sunshine, or, even in New Zealand maybe, because all our refugees, our participants, live in state homes, maybe just make some high rise walls around their homes.”

One woman, Hajar Mazahery, said although she wears a hijab she had never been properly assessed to see how much sunlight her skin got.

“They just ignore the fact that I am covering so they don’t give me any Vitamin D supplements.

“I just go and buy it over the counter. I know that I should take it because I don’t have any sun exposure you know, because I live in apartment and even though I live in flat house, you know, I don’t have private area so I can’t uncover my skin.

“You know, the fences around the house are very low so you can’t, I can’t expose my skin to the sunlight so I know I need Vitamin D.”

She carried out her own investigation in 2012, and found that all the women who took part were Vitamin D deficient.

“We investigated Vitamin D status of Middle Eastern women and we found that all women were Vitamin D deficient, all.

“We had 44 participants in our study and all were Vitamin D deficient, and I love walking, I love sunshine, when sun’s out – I’m always out, but no benefit, no benefit. But I enjoy it.”

Doctor Sapna Samant is a GP with the Porirua Union Community Health Services. She said refugees were assessed when they arrived at the resettlement centre at Mangere.

“When they come from Mangere, they come with the Vitamin D prescribed to them and it’s just one tablet every month.

“Of course we ask questions about their activities and whether they’re exposed to the sun, and what they’re doing.

Rapport was built with patients by talking to them about their lives, she said.

“Cultural competence is a core requirement for general practice and I think it’s being rolled out throughout all the medical care world. You just have to be culturally competent, not just bi-culturally, but multi-cultural competence.”

The Royal New Zealand College of General Practitioners said all GPs complete cultural competency training, but that it was important to establish a relationship with the patient before sensitive topics like religious customs were approached.

Once the relationship had been established, GPs could talk to women who wore cultural coverings about the need to get the right amount of Vitamin D, the college said.