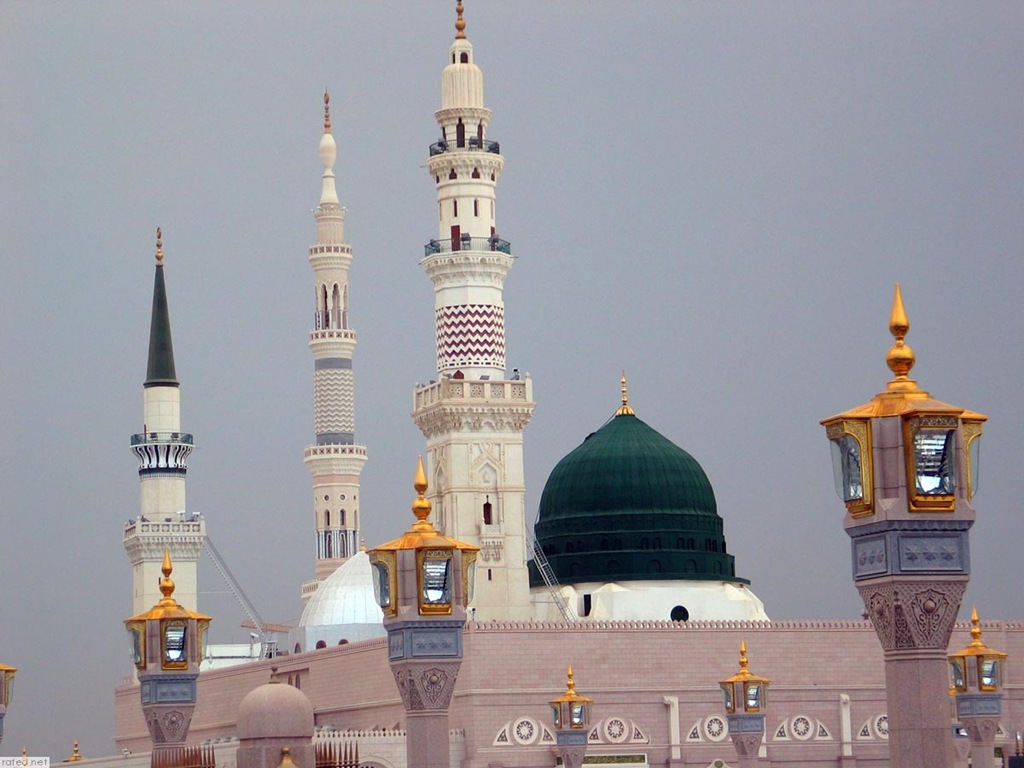 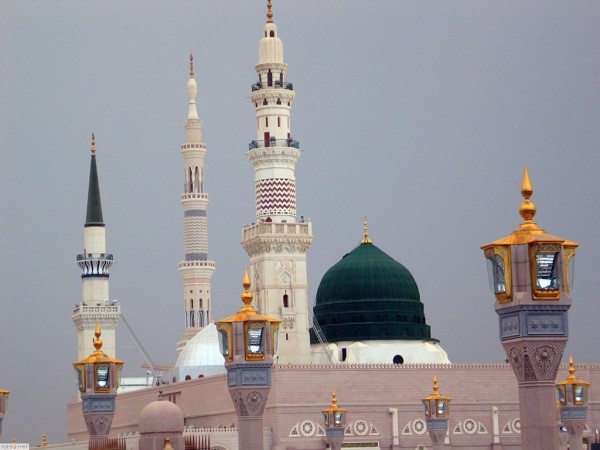 Visiting the Prophet’s Mosque in Madinah is always a great pleasure. The mere sight of the mosque’s minaret is heart-warming. Inside the mosque, as we stand before the Prophet’s tomb, we cannot but feel thankful for the opportunity of coming and offering salaams to the last of the prophets. Standing before the tomb, one reflects on the life of this greatest of men — a man whose life is a shining example for all of us.A visit to Madinah refreshes both body and soul.

We forget everything related to the hustle and bustle of life and concentrate on the spiritual experience we are going through. Believers from all over the world offer prayers in the mosques in and around the Grand Mosque in Madinah. They remember how the great Prophet (pbuh) and his companions lived and the effect their lives had on people’s lives for over 14 centuries. It was from Madinah that Islamic civilization spread. It was from Madinah that a fountain of knowledge irrigated the world.

The Prophet’s birth came at a time when the Arabian Peninsula was a land filled with idolatry, superstition and obscurantism. The Prophet and his companions set a new standard of moral behavior which his companions practiced in daily life. This serves as a model for all generations to follow.

His early life, his struggle against heavy odds, his preaching of the truth ushered a new dimension to the world — that of Islam.

In the 23 years that he spread his message, he offered the world truth, clarity and a sense of purpose. Muhammad (pbuh) is the only prophet whose life and work has been closely studied by scholars of all faiths. His daily life, his actions, his responses to situations are all extremely well documented. He is truly an example for to all of us to follow. Indeed following his example is required of us by God Himself, who says in the Qur’an: “In God’s messenger you have indeed a good example for everyone who looks forward with hope and awe to God and the Last Day, and remembers God unceasingly.” (33: 21)

The revelation that came to him and the knowledge that he acquired were transmitted truly and accurately to his people, most of whom initially rejected it. Later they were to accept it with enthusiasm, realizing that he said nothing but the truth and join his growing band of followers. Thus the message of Islam spread quickly, and in a short period of time it began to give light to millions outside Arabia as well. It appealed to many.

It was a message that was exemplified by the character of the Prophet Muhammad (pbuh) — as a man, a leader, a father, an administrator, a lover of the poor and orphans, a friend of the unfortunate and a mentor. He stressed the need to take care of orphans, women and the poor.
His acts were a beacon of light.

Today, as we stumble through our confused and turbulent world, as we grope in darkness, as we suffer from uncertainty and depression, we must look for and grasp at the teachings of the Prophet of Islam (pbuh), so that they will act as a cure for many of the social ills that have befallen humanity the world over — both the Islamic world and the non-Islamic world.

The world at present is faced with many problems. There is a sense of defeat. In the West, people speak of depression and decay in society. In the East, industrial and technological progress has created a vacuum in society. Many people are floundering in darkness. They don’t know what to do. They cling to values that have nothing to do with life. They join cults. For role models they look up to unworthy individuals — individuals badly lacking in moral values.

In our Islamic society we have many role models. Foremost among them is the last messenger of God, the Prophet of Islam — Muhammad (peace be upon him). His life shines as a model for us to follow. No other person in history has had so much written about him. The virtues of the Prophet, his life, his dealings with young and old, friends and foe set great examples for us all to follow. They are a looking glass for all of us. We should therefore, all of us, look to his life for enlightenment.

We catch but a dimension of the Prophet through the moments of compassion he extended to others; how he played with the poor orphaned boy when other children shunned that boy, how he prolonged his prostration out of consideration that his change in posture may inconvenience or hurt his darling grandson who had climbed on his back; how he commanded his army away from the anthill in order not to disrupt the ants’ activities; how he mended the wing of the injured little bird and brought it relief, how he blessed with Paradise the sinful woman who saved the life of a thirsty dog by bringing up water from the well in her shoes; how he intervened and prevented a man from abusing his wife by teaching him that “the best of men are those who treat their wives well”, how he patched his clothes, mended his shoes and did his daily household chores; how he wrestled with his nephew and raced with his wife; how he joked with the kids and carried the baggage of the elderly; how he stood up as the bier of a Jew was passing.

Let us also remember that we need not fear knowledge from others. Here again the tradition of our Prophet (peace be upon him) clearly states: “Seek learning even if it happens to be in China.” The stress was on the time and effort it would take to reach China. In those days, China was worlds away.

We cannot progress if we do not learn. And in today’s world, fast changing technology has created a global village which makes the learning process easy. In the world of satellites and the Internet, we cannot feign ignorance. That in itself would be a crime. I am not saying that we should become imitators. We should, however, tailor ideas and methods to our needs, altering parameters to fit our culture, traditions and ideology. Our capacity to improvise creatively will be the deciding factor in differentiating us from those societies that have yet to become successful.

It is here that we should follow our Prophet (pbuh) and set an example so that others will truly appreciate the philosophy of our ideology and abide by the example of the greatest of all men. Let us teach ourselves and our children and make them aware of the life of the Prophet (pbuh) and use it as an example in our daily lives in order that we may improve our conduct and become better human beings.

Let us all pray that in the life hereafter we will have a chance to be near our beloved Holy Prophet (peace be upon him), Aameen.