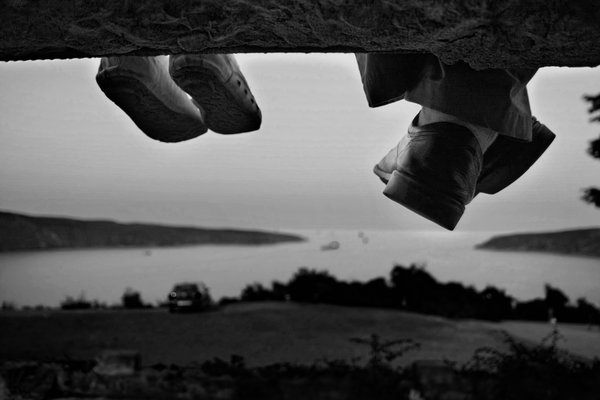 “Father, I know that we cannot choose our family, this choice is made by the Almighty and we only find out when we arrive in this world who is to be our parents. However, what I know and feel in my heart is that were I to choose my father, I would have chosen you baaba.”

“Fatima is part of me. Whatever pleases her, pleases me and whatever angers her,

It is narrated in the books of sirah that Fatima bint Muhammad stood by her father when the Quraish placed animal intestines on the prophet’s back sal Allahu alayhi wa sallam while he was praying. She was always ready to support and defend her father. This support of her father at such an early age lent her the title mother of her father.

Growing up in a society in which people are constantly mocking each other, I recall this little girl who would always defend her father as well. She was a child yet would not stand for anyone saying anything bad against her father jokingly or seriously. Her standing by him always impressed the adults and they never knew what to make of her. This little girl, unbeknownst to her, was following the steps of Fatima Radiallahu anha.

Fatima Radiallahu anha would care for the household and her father until she got married and even after her marriage she would often think of bringing food to her father. The prophet sal Allahu alayhi wa sallam would also do the same. One time, Fatima Radiallahu anha brought some barley bread to her beloved father and his response was “This is the first food your father has eaten for three days.”

This beautiful narration moved me personally and made me think of my own relationship with my dear father. It reminded me of a day when my father called me at work and asked me if I was fasting that day. I responded ‘yes, I was’ so he then told me that he had made some pancakes for me to break my fast with. I was very moved by his thoughtfulness, his love and mercy. I immediately remembered the Prophet sal Allahu alayhi wa sallam and Fatima. Many aspects of their relationship remind me of my own interaction with my father. I am grateful for such a relationship and I am also grateful to have witnessed my friends having a similar relationship with their own fathers. All Praises and Thanks belong to Allah Subhaana Wa Ta’aala. We Praise Him and we Thank Him.

A father’s role in the life of a daughter is a major one. Indeed, the father is the first contact the daughter will have with the opposite sex. How a father treats his daughter will usually have a deep impact on the future interactions of the daughter with the opposite sex. A mother could spend all her time telling her daughter she’s beautiful but when a father treats her daughter well and shows her how precious she is to him, the daughter grows up with a good level of confidence that only a father can give. Daughters look to the father as an example, and will use their relationship with him as a basis for future relationships with men. For these reasons, fathers can make a big difference in building a daughter’s self-esteem as she matures into a young woman. Later on when the daughter is ready for marriage, fathers again play a major role. A local imam once said that just like women can perceive other women very well, men can also tell when other men are just playing games. The father in this case serves as a protective barrier between the daughter and other men and is able to help his daughter make a good decision when it comes to choosing a spouse.

Unfortunately, I have also seen fathers showing very little concern for their daughters’ happiness. I have seen muslim fathers forcing their daughters into a marriage they had not consented to. The daughters would cry, beg and even flee from the home only to be finally dragged back by force. While other daughters looked forward to their wedding, these daughters viewed their wedding as torture and pure pain. Their father did not care for their happiness and were least concerned about their daughter’s rights. These fathers could learn a lot from the Messenger sal Allahu alayhi wa sallam, whose example we are all asked to follow and emulate.

I often wonder how he sal Allahu alayhi wa sallam would feel when members of his own ummah would completely go against his sunna in order to uphold their own traditions or further their own personal interests. Do these fathers even realize that daughters are a way to Jannah?

Thus, we see how beneficial a father could be to a daughter and vice versa. Here are a couple of practical steps insha’Allah for father and daughter to develop a stronger bond based on the example of the Messenger sal Allahu alayhi wa sallam.

2) Daughters should be loving and respectful towards their father. When a child is obedient and loving towards the parents, the parents automatically soften up towards the child and a stronger bond develops. Daughters should share their various interests with their father just like they would with their mothers. They should serve respectfully and lovingly their father as per the Sunna. Daughters could take example on Fatima Radiallahu anha and on the fact that she would serve and cater to her father’s needs so much so that she was called the mother of her father.

3) Fathers should put their daughter’s happiness ahead of personal gain or social gain. The messenger sal Allahu alayhi wa sallam did not hesitate to let others know that his daughter’s happiness was his happiness and her sorrow and anger his sorrow and anger. He was so concerned about her happiness that when Fatimah got married, he sal Allahu alayhi wa sallam personally went to visit her the day after her wedding to check on her and give again his blessings to the newly-weds. He reassured her by telling her that he had married her to the dearest of his family to him stressing again that he had her best interest in mind.

Indeed in the Messenger of Allah you have a good example to follow for him who hopes in (the Meeting with) Allah and the Last Day…(Surah Al-Ahzab 33:21)

May Allah Subhannahu Wa TaAllah help all our fathers and daughters emulate as much as possible the example of the Messenger’s relationship sal Allahu alayhi wa sallam with his daughter Fatimah Radiallahu anha. May Allah Subhannahu Wa TaAllah grant us children who will be the coolness of our eyes and daughters who will be our source of access to Heaven. Ameen.

Has reading this article brought back some good memories of your own father-daughter relationship? If so, please feel free to share with us insha’Allah.