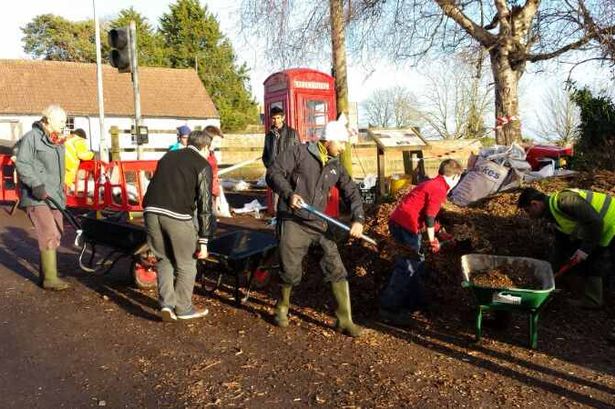 During the December floods that devastated parts of the UK, British-Muslim community groups have rallied together to help support affected communities.

Storm Desmond and Frank, which have struck the northern UK and Wales, have caused severe flooding to many homes, leaving many without power.

As the major clean-up operations continue, many Muslim charities, mosques and local organizations have been at the forefront of providing food supplies, distributing sandbags and organizing temporary shelters.

In conjunction with the Muslim international charity Penny Appeal, Khan came out on the streets of Carlisle to show moral support and hand-deliver food parcels and hot meals to the elderly and those isolated at home.

“It was heartbreaking to see just how the floods have destroyed people’s homes, including kitchens, living areas and even things like children’s toys,” he said.

Syrian refugees in northern England also came to support the relief efforts. The heart-warming stories of community spirit have been widely celebrated on social media, with victims and local councillors tweeting and sharing on Facebook their appreciation of the relief efforts coordinated by Muslim groups.

Furqan Naeem, a campaigner with Friends of the Earth, explained the significance of celebrating the Muslim efforts: “In times of need, simple acts of kindness go a long way. It’s been heart-warming to see thousands of Muslims from charities, mosques and local organizations being at the forefront and helping people get back to normality.”

He added: “If there’s one positive to take from the floods, it’s that we’ve the seen the true embodiment of British values being showcased: compassion, mercy, kindness, hospitality etc.”