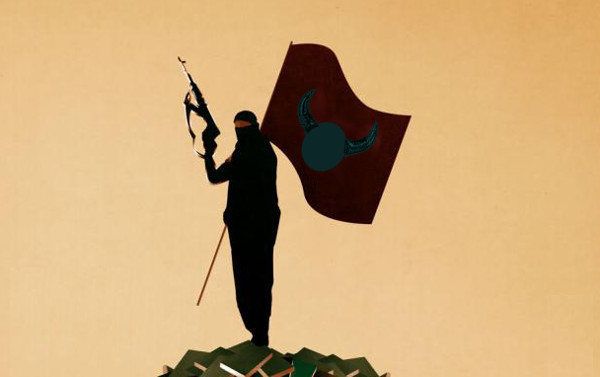 On December 17, 2010, Tunisian fruit vendor Mohamed Bouazizi set himself on fire after the authorities confiscated his products and beat him. This gave the beginning to what later became the “Arab Spring” and all its subsequent turmoil.

From the US vantage point, the event gave birth to the current set of conflicts in Syria that as a result produced a myriad of Al-Qaeda affiliated organizations, as well as Islamic State (IS, also known as ISIS/ISIL/Daesh). While the beating of children in Daraa in March 2011 by President Assad’s security forces galvanized the waves of protest around Syria, the seeds of the conflict reach far deeper. It was the invasion of Iraq in 2003 that destabilized the region and as the 2006 WikiLeaks communication revealed, the US State Department had planned to start regime change in Syria way ahead of Bouazizi’s self-immolation or the protests in Daraa.

As the US media sold the turmoil in Syria in a simplistic narrative of the quest for freedom by its “moderate” fighters, and regardless of the mirage of the Free Syrian Army’s actual ability to pose an existential threat to the Assad regime, the reality turned out to be much darker and more complicated. From a jeans-clad Arab moderate clutching a smartphone to the AK-47 wielding jihadist, the road to freedom took a detour on a highway of preconceived notions and outright propaganda. Currently, the only “success” story of the Arab Spring, Tunisia, is the world’s top exporter of fighters for IS, while the country has experienced bouts of violence that did not exist in the time of dictatorship.

Looking at the root cause of Islamic State, one cannot help but notice the evolution of its messages and metamorphosis into what is one of the most dynamic counter cultural movements since World War 2, albeit a de facto one. It has embraced social media and its theatrical video releases of barbarism have expressions not only in propaganda anthems and documentaries, but in poetry as well. It provides a vision of the caliphate as a non-national entity where anything is possible. Its fighters hail from over 90 countries, and to the small group of Muslims that believe its messaging, it is a harbinger of a new revolution to change the world. In its dynamics of growth and revolution, the original Al-Qaeda is rather similar to the 19th century’s anarchist movement which, through violence and internal struggle, has been incorporated by IS. The latter used its own dreams of the state epitomized in the caliphate and its anachronistic vision of Islamic “lebensraum,” the living space, to take over from Al-Qaeda’s inability to offer a coherent version of the same.

A similar paradigm also existed in anarchist movements’ force incorporated and then domesticated by the Bolshevik revolution in Russia in 1917. The anarchist leftovers that didn’t fit into the statist version of Soviet reality were figuratively and literally eliminated up to the Spanish Civil War in the 1930s, thus putting an end to the utopia of a stateless future. The positive messaging of IS as perceived by many of its young fighters is in turn internalized by their own search for transcendency and the meaning of life. It is basically the same re-write of the National Socialist (Nazi) playbook of creating positive change in the world  by instilling a sense of camaraderie, belonging and common purpose, versus the globalist message of material consumption that is as vacuous as it is ineffective to counter it.

The IS revolutionary vanguard also has a very acute awareness of history, justifying its barbarism as if the struggles of Muslims against the Crusaders of the 12th century happened only yesterday. In their collective mind the current conflict in Syria is just another chapter in the long struggle to create a utopia of the caliphate. The violence, mayhem and outright hatred of non-Muslims has a very Pol Pot-like quality of new society that is as pure in its form as the Aryan world of supremacy created by Hitler’s own delusions of German national grandeur. The inner Muslim cleansing against Shia populations by the “Sunni” Islamic State is also explained along the lines of self-prescribed puritanism that has as much to do with Saudi-exported Wahhabism as it does with the Iraqi vacuum that was created by the US invasion in 2003. The fuel of ideology continues to power the movement along with money and weapons flowing from fellow travelers and ruthless geopolitical opportunists in Saudi Arabia, Qatar and Turkey. In a bid to establish its own political real estate, IS has also migrated into the mode of building a caliphate as a pan-national project mirroring earlier attempts at pan-Arabism by Egypt’s President Nasser, 60 years earlier.  It incorporated the idea of fighting injustice in the Palestinian struggle for independence as a common platform for all Arab politics, thus skillfully exploiting the grievances that came to be an integral part of the Arab psyche.

This is an attempt in creation of critical state mass presenting an image of viable theocracy. It is dressed in righteous, galvanizing anger that is able to present a unified front in what it sees as the “anti-imperialist” and religious struggle against the West and Russia. Therefore, the internal Muslim struggle against the Kurds, Shia and Yazidis, among others, is referred to as purification of the realm, not unlike the Nazi cleansing of its own perceived undesirables, i.e. the Jews, communists, gays, gypsies and the handicapped.

Except for the Syrian government and Russia – which both see IS as a mortal threat due to their own experience with Islamist terrorism, and in the case of the latter because of the threat in its own backyard in the Caucasus and central Asia – politicians in the West and the Middle East are not interested in defeating Islamic State. If IS doesn’t seem to represent an existential threat to the former, it does, however, pose it to the latter. Unfortunately, it is the misguided gamble of the West and the neighbors of Iraq and Syria that is fueling the proxy conflict, having their eyes fixed on the region’s resources. The reality of the long term repercussions and associated risks to the lives of the millions caught in the crossfire of geopolitical wishful thinking and jihadism don’t even register in this zero-sum game of ruthless opportunism.

The conflict in Syria is also the first conflict of the 21st century, and climate change has as much to do with it as do politics and ideology. According to Prof. Jay Famiglietti of the University of California-Irvine, the conflict has been aggravated by a severe drought and the failure of the Syrian government to address its effects on agriculture. Many farms folded and hundreds of thousands were forced to move to the cities, thus creating resentment against Assad that exploded into a revolt.

In many ways the issue of water availability has slowly transformed from socio-economic to geopolitical not only in the Middle East. Former President George W. Bush’s purchase of over 300,000 acres in Paraguay during his presidency has a mark of boldness that is unprecedented on the US political scene. The land covers one of the world’s largest aquifer systems, the Guarani, and its purchase is a sign of the private and political control of resources essential to human life, and thus a source of conflicts to come.

In the West, the outcome of political jihad dressed in theatrical elements of horror will continue to politically mobilize public opinion against it. These efforts will curtail civil liberties at home and guarantee profits for the military/financial complex, while the age of economic austerity will continue.  The millions fleeing the region are rendering their own judgments on IS and the war, as well as the state of their own civilization that has failed them. The continuing war in Syria could be a prelude to something bigger, as was the Spanish Civil War of 1936-39. Let’s hope that history doesn’t repeat itself this time.

The statements, views and opinions expressed in this column are solely those of the author and do not necessarily represent those of RT.