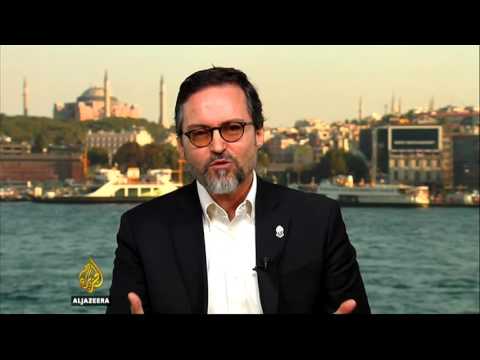 Leading US Muslim scholar Sheikh Hamza Yusuf has been at the forefront of efforts to counter the narrative of ISIS/ISIL. As the cofounder of the only Muslim liberal arts college in the US, Yusuf has worked to stop young Muslims in the West from going to fight for ISIS/ISIL. In an interview recorded prior to the recent attacks in Paris, Beirut and Baghdad, Mehdi Hasan asks Yusuf about what is behind the allure of the group for some people and why some young people join them.