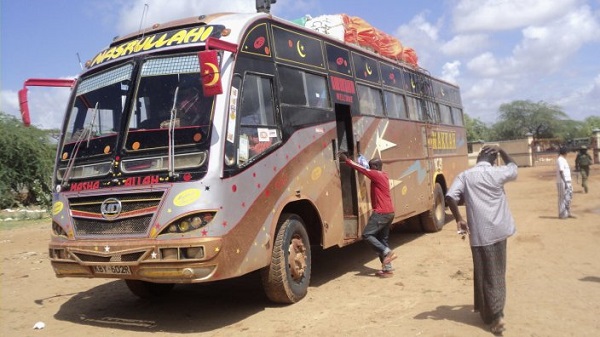 A group of Kenyan Muslims traveling on a bus ambushed by Islamist gunmen protected Christian passengers by refusing the attackers’ demands to split into groups by religion.

Two people died in the attack Monday in north Kenya’s Mandera County when gunmen, believed to be Somalia’s al-Shabab rebels, shot at the bus.

Witnesses said some of the Muslim passengers gave non-Muslims head scarves to conceal their identities when the bus stopped, probably remembering a previous attack in the same region last year when al-Shabab gunmen killed 28 non-Muslims taken from a bus.

Local officials said the attackers ordered everyone to get off the bus and form two separate groups of non-Muslims and Muslims. But both groups of passengers refused, daring the extremists to kill them all.

The militants decided to leave after the passengers’ show of unity.

Kenya has experienced a wave of retaliatory attacks by al-Shabab, which is linked to al-Qaida, since it sent troops to Somalia to fight the extremists in 2011. Al-Shabab has said it will continue the attacks until Nairobi withdraws its troops.