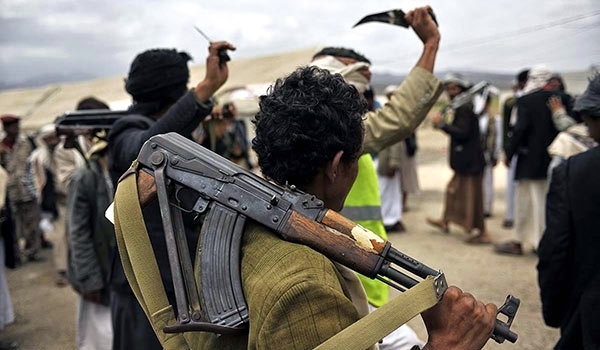 Yemeni officials and the country’s Shi’ite Houthi rebels said they have agreed to begin a week-long cease-fire Monday, a day before the start of U.N.-mediated peace talks in Geneva.

The head of the Houthi delegation to the peace talks, Mohammed Abdel-Salam, said Saturday that based on what has been agreed to, there will be a “halt to the aggression” on Monday.

The Iranian-backed Houthis describe military operations by pro-government forces and a Saudi-led Arab coalition in Yemen as an “aggression.”

A few days ago, Yemeni President Abd-Rabbu Mansour Hadi sent a letter to the U.N. Security Council saying the truce can be extended if the Houthis agree.

Officials from the General People’s Congress who are loyal to former President Ali Abdullah Saleh are expected at the meeting in Geneva.

The conflict in Yemen has stretched on for more than a year after the Houthis seized the capital, Sana’a, before pushing south and forcing Hadi to flee to Saudi Arabia as they took control of the port city of Aden.

Saudi Arabia responded by leading a coalition conducting airstrikes against the Houthis, who have been pushed out of Aden, allowing Hadi’s government to return there. The rebels still control Sana’a.

The fighting in Yemen has killed at least 2,500 civilians this year, according to the World Health Organization.

The WHO reported in October that the conflict had reached 21 of the country’s 22 provinces, prompting a health and humanitarian crisis that has forced thousands of Yemenis to flee.