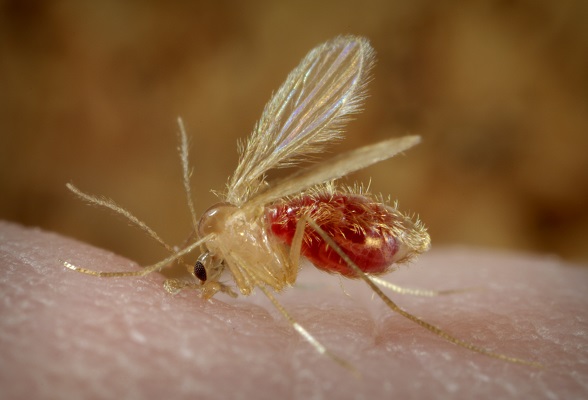 The only way to prevent leishmaniasis is to avoid getting bitten by an infected sand fly.

The collapse of medical services in terrorist-controlled parts of Syria has caused the spread of a flesh-eating virus transmitted by parasites munching on corpses dumped in the streets.

“As a result of abominable acts by ISIS that included the killing of innocent people and dumping their corpses in streets, this is the leading factor behind the rapid spread of Leishmanisis disease,” Dilqash Isa, the head of the Kurdish Red Crescent told the Kurdish Rudaw news.

Kurdish fighters in Syria claimed the disease, spread by sand flies, was not noticed until Islamic State (IS, formerly ISIS/ISIL) influence and atrocities spread across Syria. Leishmaniasis, which is rarely deadly but leads to disfiguring lesions on the skin, was particularly bad in war-torn parts of Syria, one unnamed militant told the publication.

“We have been fighting on the battlefield for almost four years and this disease basically generated from embattled areas of Tal Hamis, Hon and Qosa,” he claimed.

“It is very possible in the area where there is a lot of military activity and population movement, those are circumstances in which an outbreak of the leishmaniasis can occur,” Dr. William Schaffner (MD) told RT.

“If someone dies who gets the infections then flies come. Then they multiply. You get many more flies that are infected. And then when the living people are in the same area the flies bite the living people,” Schaffner explained.

Syria’s healthcare system has been devastated by four years of conflict, as more than half of the public hospitals in the country are unable to provide full service. In ISIS-controlled areas hospitals are understaffed; healthcare workers have been forced to flee for their lives.

Additionally, international aid agencies are having extreme difficulty delivering vital medical supplies. According to the World Health Organization, more than 13 million Syrians are in need of humanitarian assistance.

While the outbreak of Leishmaniasis is seen in many of the poorest countries around the world, the Syrian outbreak has been dubbed the “Aleppo Button Disease” or the so-called “Aleppo boil” because of its distinctive sores.

Aleppo has been ravaged by fighting since mid-2012 and is divided between government control in the west and rebel control in the east. The surrounding area is controlled by a number of armed groups, including Islamic State and the Al-Qaeda affiliate, Al-Nusra Front.

There’s no vaccine or prophylactic medication available for Leishmaniasis. Prolonged medical treatments do exist, but are almost impossible to find in war-torn Syria. The only way to prevent leishmaniasis is to avoid getting bitten by an infected sand fly. However Schaffner predicts that with dire humanitarian situation on the ground many more people will inevitably get infected.

“It is a skin infection and it can cause very disfiguring ulcers on the skin that left by themselves can take up to a year to heal. And sometime the parasite can get inside the body and cause a fatal infection,” Schaffner told RT.