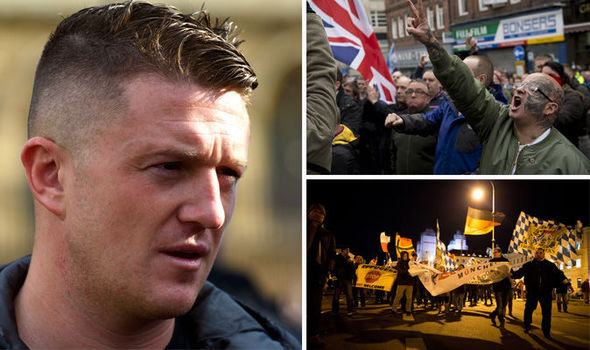 In the aftermath of the horrendous attacks in Paris, Muslims in Britain have come under siege both verbally and physically. This is according to experts, think tanks and groups, and has now also been confirmed with new figures released by the police.

It seems as though almost daily, Britain’s Muslims are becoming targets of abuse due to warped government policy, which insists on bombing Muslim lands abroad and wonders why we become less safe at home, and a media which pretty well encourages such abuse.

Muslims have the right to feel safe, the same as anyone else and had nothing to do with the murders in Paris – but let me just state the blindingly obvious for anyone who doesn’t get it: Muslims (who do not think, act, or vote all in the same way and who surprisingly have differences of opinion among themselves much like other human beings) are not responsible for the murder which took place in Paris. Neither is Islam responsible.

For some reason, in its well-balanced analysis, the Murdoch press seems to continually miss this point, along with the other numerous factors, which all contribute to terrorism. Funny that. Rather than take a nuanced, logical and honest approach, which looks at the role government policy plays, the role of intelligence agencies, and which examines the origin and flow of weapons into conflict zones, red top garbage like the Sun, which isn’t fit for toilet paper, conveniently dumps the sole responsibility for terrorism at the doorstep of the global Muslim community. Well done, Rupert Murdoch.

It’s like blaming the terror inflicted by Christians, George Bush and Tony Blair who proclaimed to be doing God’s work in causing the death of a million Iraqis, on law abiding and community minded Christians. It makes no sense. No one would dream of making such a tenuous link as well they shouldn’t.

To simply blame religion or Muslims as the new stats show is currently the case in Britain, for murderous actions and atrocities which involve weapons, funding, training and organization with deep rooted complicated political issues underpinning them, is an easy and frankly cheap way of avoiding the full causes of terrorism. Furthermore and more importantly, this thinking directly impacts the lives of innocent Muslims living in Britain.

Fanaticism and fascism has many faces. But they are often given wings by those seeking to exploit rising fascism and tension for political leverage. This is why we see so much racism leveled against Muslims, normalized through the media and accepted as part and parcel of the language of political policy.

Along with politicians and many in the media, those seen by some as ‘sell-outs’ like Maajid Nawaz, and his organization Quilliam, are busy being paraded around by the same media as if they speak for Muslims because they parrot the government line on extremism.

The acceptability and normalization of casual racism against Muslims which has become a part of our cultural fabric, has also been aided by demagogues like Nawaz. All of this is adding to a volatile climate.

Attacks against minorities, have generally been rising in the wake of horrendous public service cuts or government austerity. People are suffering economically and look for somewhere to blame. The media, the political clowns that work with them and those hangers on making a pretty penny from milking the Muslim/terrorist industry like Qulliam, provide justification for such a scapegoat. Right now, that scapegoat is the Muslim community.

It’s a very dangerous game that those who are blaming Muslims are playing. Quite apart from the inaccuracy of the simplistic nature of the blame game when dealing with a complicated problem like terror attacks, the blaming of Muslims is being internalized by many ordinary folk. We are seeing the results.

We’ve become accustomed to seeing videos uploaded onto the internet from people’s smartphones, depicting the everyday vile that perceived ‘foreigners’ are often subjected to on public transport which is usually just verbal.

But the new figures released, and the abuse being suffered by Britain’s Muslims following the Paris tragedy is not the usual run of the mill casual racism which we have become almost used to in Britain.

It’s an exact rerun of the kind of vile we saw used to attack Jewish communities in the 1930s and 1940s. The political aim of fascism then, was to eradicate the Jewish people. Propaganda was used to justify the genocide and holocaust which took place, one of the greatest crimes if not the greatest crime of humanity.

When transatlantic slavery was still happening, and Africans were being butchered and slaughtered in order to use their free labor to build the’ free world’, it was pseudoscience and propaganda which justified the African holocaust in the minds of everyday people.

The slippery path we are now on in Britain is a dangerous one but is also avoidable. Muslim communities are being vilified after the Paris attacks when the truth is; it is not Muslims who are responsible for the atrocities which took place. It is the murderers whom are solely responsible. And furthermore, the twisted ideology the killers in Paris represent is one which is supported by Britain’s allies Saudi Arabia and opposed by the vast majority of the world’s Muslims.

We might have seen this cycle played out in history before, but we are on an extremely dangerous path right now with such Islamophobia attacks on the rise.

In North London a protest took place on Friday outside Finsbury Park Mosque in solidarity following an attempted arson attack which was caught on film a few days earlier. Attempting to set a mosque on fire is no joke. Sooner or later people are going to get seriously hurt or killed.

A woman being punched in the face for wearing a hijab as happened in Birmingham recently is sickening. Government policy at home and abroad is causing tension which leads to such violence or even worse. Abroad the government continues to drop bombs on Muslim countries. At home government strategies like ‘Prevent’ target, criminalize, and malign people from a young age, while the general policy toward immigrant communities in Britain, much like the treatment of the working class is one of utter contempt.

It has just been announced that Tommy Robinson, former leader and founder of the English Defence League is to make a grand comeback with a new organization. You’ll remember Robinson also known as Yaxley Lennon and the EDL. He became pals with Maajid Nawaz and Quilliam, after Quilliam paid Robinson in order to publicly ‘facilitate’ his leaving the EDL. Quilliam needed to be seen to be doing something with government money, and so, teamed up with Robinson to take place with his now obviously fake departure from the far right. Britain can now look forward to a new round of the usual rubbish from the imbecile Tommy Robinson and all the silly outlets which will seek to present him as some kind of Saint George figure representing the ordinary people of Britain on crusade to rid the land of evil Muslim children plotting 24/7 to blow up Westfield shopping center.

The whole thing would be laughable, were it not so indicative of a very serious problem.

People don’t wake up one day and decide to burn a mosque down. Things like this happen when tensions build over time, exacerbated by the media, and with no counter narrative or strategy in existence to challenge it.

These are very dangerous times. If we take a step back and look at the bigger picture, we can see that globally Muslims are now the target for political violence. The upsurge of attacks on Muslim people, property and rights is not something exclusive or limited to the UK-although the hike in violence specifically against UK Muslims has even been acknowledged in the international press.

France’s far-right party made big gains last night. The hysteria which has been whipped up following Paris is bearing fruit for the powers that be. The inaccurate way the attacks were characterized in the press has undoubtedly played a huge part in the rise of the far right. So too has the way in which refugees and immigrants have been depicted throughout the media.

This is the precise model we have seen replicated here in the UK. If anyone needs any more evidence as to the scale of the effect of normalized racism against Muslims they need only look around and observe the current political and cultural climate.

The only way to break this paradigm is to challenge it head on. We must do everything the media and government is not doing, which is to educate ourselves about each other and also as to what is really going on in world politics.

The ruling class holds the balance of power in our society the same as they always have. The times we live in might be different, the technology and tools used might be different, but the principle is the same. Distract the people, play the blame game, send them to war and steal the loot. It’s what the British state does best.

Islamophobia, like any phobia, is an irrational fear with no foundation in reality. It is learned and therefore must be unlearned if you will.

When there is an entire industry and a war machine, so heavily invested in demonizing Muslims to continue keeping its wheels turning, in order to make profit, we know that unraveling the untruths about Muslims will be a challenge.

But it’s a challenge we must rise to. Today it is Muslims being targeted, and purely for political ends. But tomorrow it may (and will) be the Chinese, the day after that the trade unionists, and so on.

There’s a minority in this country intent on keeping the wheels of British imperialism well-oiled. The British establishment is one of the founders of modern day Islamophobia. It is a creation designed to distract you while the government takes more and more of our public money and gives it to private hands and consolidates power for its own ends. Don’t fall for it.

Richard Sudan is a London-based writer, political activist, and performance poet. His writing has been published in many prominent publications, including the Independent, the Guardian, Huffington Post and Washington Spectator. He has been a guest speaker at events for different organizations ranging from the University of East London to the People’s Assembly covering various topics. His opinion is that the mainstream media has a duty to challenge power, rather than to serve power. Richard has taught writing poetry for performance at Brunel University.

The views expressed in this article are the author’s and do not necessarily reflect those of MuslimVillage.com or RT.