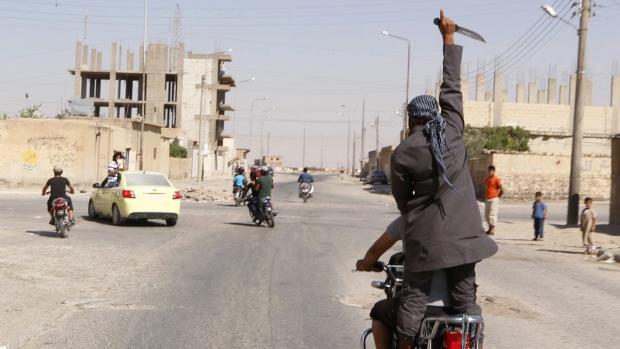 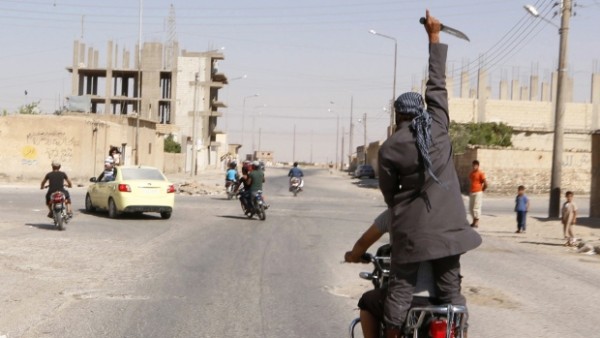 After the Syrian government stopped paying him, a technician who had spent two decades pumping the country’soil received an enticing offer: do the same work for the jihadists of the Islamic State (ISIS) — starting at three times the salary.

He was soon helping to fill tanker trucks with crude oil to fund the Islamic State. But frequent executions of those suspected of spying and deadly airstrikes by government jets made life hard, and he grew angry that the country’s resources were financing the jihadists while schools and hospitals were being shut down.

“We thought they wanted to get rid of the regime, but they turned out to be thieves,” the technician said after fleeing to this city in southern Turkey.

The Islamic State claims to be more than a militant group, selling itself as a government for the world’s Muslims that provides a range of services in the territory it controls.

But that statehood project is now in distress, perhaps more so than at any other time since the Islamic State began seizing territory in Iraq and Syria, according to a range of interviews with people who have recently fled. Under pressure from airstrikes by several countries, and new ground offensives by Kurdish and Shiite militias, the jihadists are beginning to show the strain.

Some fighters have taken pay cuts, while others have quit and slipped away. Important services have been failing because of poor maintenance. And as its smuggling and oil businesses have faltered, the Islamic State has fallen back on ever-increasing taxes and tolls imposed on its squeezed citizens.

Those stresses could provide opportunities for the group’s many enemies, but they do not point to its imminent collapse.

Ground forces ready to fight the Islamic State — also known as ISIS or ISIL — in its strongholds in Syria and Iraq are still lacking. And the group is adapting, keeping its international profile high by launching foreign attacks like those that brought down a Russian airliner in Egypt and paralyzed Paris. It is also investing in new affiliates in countries like Libya, where it faces little resistance.

But the promise of statehood on land it controls in Syria and Iraq remains the main factor distinguishing it from Al Qaeda and a powerful draw for recruits from around the world.

That call to join the Islamic State is still going out, and having an effect, on social media and within jihadist circles. But its promises ring increasingly hollow as residents living in ISIS-controlled areas flee deprivation, an intensifying barrage of airstrikes and an organization that many Sunni Muslims say has acted more like an organized-crime ring than their defender. Even some residents who chose to stay when the jihadists took over are now paying smugglers to get them around checkpoints designed to keep them in.

“So many people are migrating,” said a teacher from the Syrian city of Deir al-Zour who fled to Turkey last month. “ISIS wants to build a new society, but they’ll end up all alone.”

When the schools run by the Syrian government closed, the teacher said she set up an informal one and kept it going when the jihadists arrived. That meant buying the baggy black gowns they forced women to wear in public and finding ways to entertain her students without music or art, both of which were forbidden.

Sometimes, they sculpted with soap, she said.

But she gave up, she said, after some activists were rounded up and executed, worried that her turn would come next.

Even as their cruelty has driven residents away, the jihadists have long recognized and acted on the need for skilled professionals to build statelike institutions.

The caliphate “is in more need than ever before for experts, professionals and specialists who can help contribute to strengthening its structure and tending to the needs of their Muslim brothers,” read an appeal last year in the group’s English-language magazine, Dabiq.

“They don’t have professionals, so they have to pay people to do things,” said a pharmacist from eastern Syria.

Stories abound of the Islamic State putting loyal members in positions they are not qualified for. The head of medical services in one town is a former construction worker, residents said. The boss at an oil field was a date merchant, according to a former employee.

In Raqqa, the National Hospital featured in a propaganda video about health services in the caliphate is all but closed because so many doctors have fled, according to an aid worker with relatives in the city.

And a ban on male doctors’ treating female patients left women in one town with no doctors at all, according to the pharmacist. The jihadists tried to fill the gap by employing midwives.

Also driving people out is an onerous tax system carried out in the name of zakat, or Islamic alms. The jihadists collect, among other taxes, a yearly share of every harvest and herd of livestock, and make shopkeepers pay a share of their inventory. Infractions like failing to wear proper clothing lead to fines equal to one gram of gold, payable in local currency.

Fleeing has become increasingly difficult, as the jihadists try to keep people in.

Unable to get permission to leave, Naef al-Asaad, 55, paid a smuggler $150 per person to get 10 members of his family from the ISIS-held town of Shadadi to the Turkish border. On the way, one person stepped on a land mine, causing a blast that killed Mr. Asaad’s daughter, her husband, two of their children and one other relative, he said.

The group still terrifies those who have lived under it, and many who have sought refuge in southern Turkey fear that ISIS agents there will target them for criticizing the group. They spoke on the condition of anonymity.

Even some who had much to gain from the jihadists’ rule had little interest in staying.

The former oil technician said he had earned $150 per month from the Syrian government before his salary was cut in March. The Islamic State then hired him to work in the same oil field, he said, first paying him $450 per month, then $675.

He said they paid him well because they had few others who could do his job. They even caught him smoking at work once — a punishable offense for the jihadists — but let him off with a warning.

But it bothered him that his children had no school to attend, and he worried that he could be forced to work in Iraq. So he paid a smuggler to get him, his wife and their three children to Turkey. They recently arrived in Greece by boat, hoping to continue to Germany.

Another technician who worked in a natural gas field said he and his colleagues kept working when the jihadists seized their plant, carrying out orders their boss received from the Islamic State.

“Our job was to open this and connect that,” he said. “Who is in charge? We don’t ask.”

But the plant had been damaged in the war, and instead of producing refined gas products like they used to, they sent a much smaller amount of unrefined gas to the Syrian government. He did not know what the jihadists received in return.

Like many, he said that the jihadists’ promises of statehood had failed to materialize.

“Public support is important, and they don’t have it,” he said. “People heard good words from them but didn’t see anything good come out of it.”