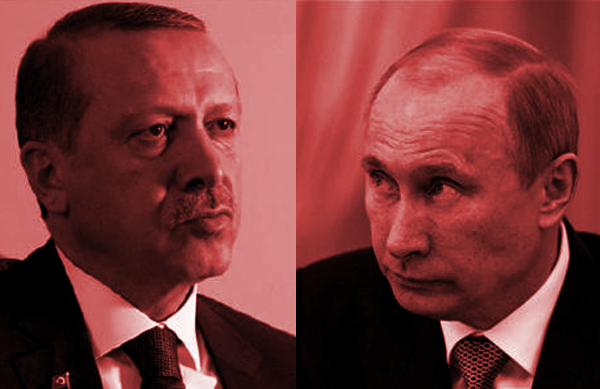 Erdogan said he would resign if Putin could substantiate the charge. But Cengiz Aktar, a political scientist at Istanbul’s Suleyman Sah University, says Moscow’s allegation comes at a sensitive time.

Observers say Moscow’s claim that Turkey has benefited from the multimillion-dollar illicit oil trade with Islamic State are particularly sensitive for Erdogan, given that many of the allegations involve his son, Bilal. Erdogan has strenuously denied those allegations and, so far, Putin has offered no evidence to support his claim.  But Russian intelligence is believed to have a major presence in Turkey.

The rising tensions between Turkey and Russia come as both sides continue to bolster their military presence on the Turkish-Syrian border. Russia announced its Su-34 fighter bombers operating in Syria are now carrying air-to-air missiles for self-defense, while Turkey’s air force has stepped up patrols along the Syrian border.

On Tuesday, Turkish Prime Minister Ahmet Davutoglu reiterated his call for dialogue while underlining Turkey’s determination to protect its territory.

“We need to gather around the table and talk, but no one should expect Turkey to back down on matters related to its air space, territorial waters and land borders. Protecting these borders is its fundamental duty, ” said Davutoglu.

President Putin has refused calls for dialogue until Ankara apologizes for shooting down the plane, something it has ruled out. Mindful of the rising tensions, U.S. President Barack Obama has called for both sides to de-escalate and focus on the common enemy – the Islamic State group.