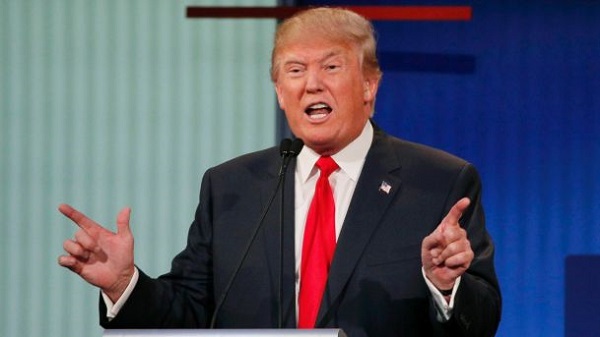 The corporate media don’t like Donald Trump. They used to like him a lot; in fact, Big Business Media are responsible for making this minor multi-millionaire into a household name. But Trump is on their hit list, nowadays, because the Republican presidential candidate insists on telling his own lies, rather than sticking to the list of official lies parroted by corporate media every minute of every day.

Donald Trump told a really “HUGE” – as he would put it – lie when he claimed to have watched thousands of Muslims cheering in Jersey City, New Jersey, as the World Trade Center came down on 9/11. Every corporate news outlet in the country rushed to debunk Trump’s fictitious account. The Washington Post  offered psychological theories for why Trump gets away with telling fantastic lies. The New York Times  said there was no evidence that Jersey City Muslims cheered the destruction on 9/11. CNN said it never happened. And, they were right.

However, by making only a partial correction of Donald Trump’s prevarication, the corporate media were telling their own lie about what happened on 9/11. There was, in fact, celebration in Jersey City on that fateful morning, and the incident did, briefly, make a major news splash. But the people doing the cheering weren’t Muslims: they were five young Israelis in a white moving van, who were observed in Liberty Park ecstatically taking pictures of themselves framed against the smoking ruins of the Twin Towers. As ABC News  reported, the five were later arrested at gunpoint near the New Jersey Giants football stadium. Most U.S. intelligence sources believed the men were Israeli spies, and that their “moving company” was an Israeli intelligence cover. They were detained for a while, and then deported.

“Who is the biggest liar?”

In the year before 9/11 scores of young Israelis posing as “art students” were arrested after penetrating U.S. Defense Department and other classified sites. Both stories made national news. The corporate media could not have avoided running across articles on the “cheering Israelis” when they set about debunking Donald Trump’s “cheering Muslims” account. But, not one of them dare to mention that, yes, some people were seen celebrating 9/11 at Liberty State Park in Jersey City.

I was in a different part of the park on 9/11 morning, alone except for two young Israelis  with very expensive cameras, carrying phony New Jersey press credentials, who claimed to be Polish but spoke Hebrew to each other. The two young men were giddy with joy at the destruction that the three of us were observing across the Hudson River.

Later that day, I learned from local and national news outlets about the five Israelis who were dancing with delight  about a mile upriver from me and the two other Israelis. Articles about Israelis celebrating 9/11 would have come up in any search to correct Donald Trump’s tall tale – but the corporate media kept that part of the story from the public. They censored their own correction of Donald Trump. So, who is the biggest liar? Trump, who lies to advance his own personal interests, or the U.S. corporate media, who lie to the people on behalf of the State of Israel, and Zionism.

For Black Agenda Radio, I’m Glen Ford. On the web, go to  http://www.blackagendareport.com/israelis_cheered_9/11