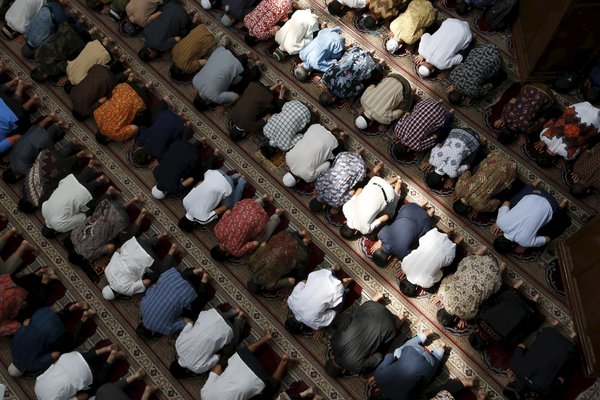 The scene is horrifyingly familiar. Islamic State soldiers march a line of prisoners to a riverbank, shoot them one by one and dump their bodies over a blood-soaked dock into the water.

But instead of the celebratory music and words of praise expected in a jihadi video, the soundtrack features the former Indonesian president, Abdurrahman Wahid, singing a Javanese mystical poem: “Many who memorize the Quran and Hadith love to condemn others as infidels while ignoring their own infidelity to God, their hearts and minds still mired in filth.”

That powerful scene is one of many in a 90-minute film that amounts to a relentless, religious repudiation of the Islamic State and the opening salvo in a global campaign by the world’s largest Muslim group to challenge its ideology head-on.

The challenge, perhaps surprisingly, comes from Indonesia, which has the world’s largest Muslim population but which lies thousands of miles away from the Islamic State’s base in the Middle East.

“The spread of a shallow understanding of Islam renders this situation critical, as highly vocal elements within the Muslim population at large — extremist groups — justify their harsh and often savage behavior by claiming to act in accord with God’s commands, although they are grievously mistaken,” said A. Mustofa Bisri, the spiritual leader of the group, Nahdlatul Ulama, an Indonesian Muslim organization that claims more than 50 million members.

“According to the Sunni view of Islam,” he said, “every aspect and expression of religion should be imbued with love and compassion, and foster the perfection of human nature.”

This message of tolerance is at the heart of the group’s campaign against jihadism, which will be carried out online, and in hotel conference rooms and convention centers from North America to Europe to Asia. The film was released Thursday at the start of a three-day congress by the organization’s youth wing in the Central Java city of Yogyakarta.

As world leaders call for Muslims to take the lead in the ideological battle against a growing and increasingly violent offshoot of their own religion, analysts say the group’s campaign is a welcome antidote to jihadism.

Read the details of this initiative at The New York Times website.