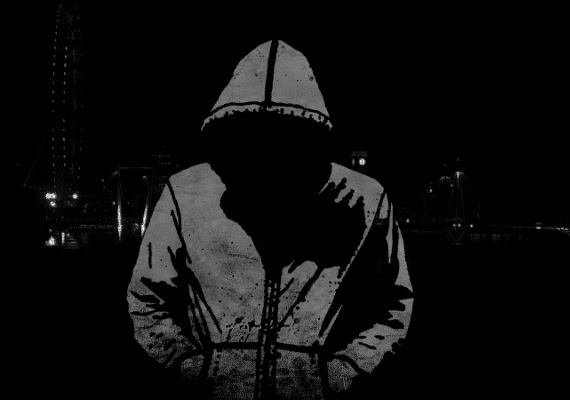 In the wake of the Paris attacks and the security scare in Belgium, European governments and radicalization experts are once again struggling to understand what is driving young European Muslims to join the Islamic State and carry out savage acts in their own countries, against fellow nationals.

Especially alarming for those trying to combat the Islamic State is that the latest wave of European recruits appear to be radicalized even more quickly than their predecessors and often appear even less interested in the “theology” of what they are doing, becoming jihadists as though it were a lifestyle choice.

Many of the Paris attackers and jihadist suspects being hunted now by the Belgian security services are invariably described by neighbors and acquaintances — and even by their own families — as normal, if unruly and often troubled.

Several members of the terror group that struck Paris appear to have pursued secular lives, sometimes involving drug-taking and petty crime, even after becoming jihadists or during their radicalization process.

Mohamed Abdeslam, the brother of Salah Abdeslam, the bomber who may have harbored last minutes qualms and failed to detonate his suicide vest, says his brother attended mosque just occasionally, and prayed a bit more recently, but he dressed in jeans and pullovers and showed no signs of having become a radical.

Salah along with his brother Brahim, who died in the Paris attack, ran a neighborhood bar in the immigrant-dominated Brussels district of Molenbeek. The bar was shuttered by authorities at the end of October on the grounds it was being used for drug dealing.

Running a bar is generally not seen as an indicator of religious conservatism, although the path to jihadism has included drug-dealing. In France, jihadists have been highly active in recruiting in jails among minor criminals and drugs dealers: the Charlie Hebdo assassins and Amedy Coulibaly, who in January gunned down shoppers at a Jewish delicatessen in Paris, all had petty criminal backgrounds.

So were the brothers cleverly disguising their conversion in a bid to evade detection on instructions of recruiters, or does the Islamic State terror group no longer care whether European converts are truly pious conservatives or just misfits who become jihadists as a lifestyle choice or as an expression of rage?

Rik Coolsaet, a university professor and senior fellow at the Egmont Institute, an independent think-tank based in Brussels, says that each wave of European jihadists seems less obviously radical and more secular than its predecessor.

“This is partly to do with age — the average age now is lower than it was in the earlier generations of recruits going to Iraq, Afghanistan or Pakistan in the 1980s and 1990s. And what I see in their social media messaging and tweets is a combination of troubled, rebellious teenage themes and narcissism,” he says.

“If I were an old-fashioned jihadist I would consider these new recruits, wannabes and not the real thing,” says Coolsaet, a member of the European Network of Experts on Radicalization, a group convened by the European Commission.

“Going to Syria or joining the Islamic State has become a kind of alternative outlet for deviant behavior —like street gangs or juvenile delinquency or drug-trafficking.”

Preying on the vulnerable and confused

And he thinks ISIS doesn’t care that their latest recruits are not genuine Salafi jihadists but “exploits them very opportunistically based on what they have to offer the caliphate or how they can be used to strike Europe.” They focus on disaffection, a sense of marginalization and individual mental trauma to recruit — preying on the vulnerable and confused.

If managed carefully radicalization can be remarkably rapid. That was the case for two of those involved in the Paris attacks.

Hasna Aït Boulahcen, the cousin of Abdelhamid Abated, the suspected ringleader of the Nov. 13 bombings and shootings in Paris, exchanged her cowboy hat and boots and jeans for a jilbab and niqab just half-a-year before dying in a seven-hour shootout in the Paris suburb of Saint Denis.

Her family and friends describe the 26-year-old as a onetime party girl, who smoked, drank vodka and took drugs before in May embracing Salafi jihadism. They also describe her as a lost soul. She was said to have “lived in her own world” after a disruptive childhood.

French-born Bilal Hadfi, the youngest of the Paris attackers, was radicalized also in a matter of months, expressing extreme views at his college only after the Charlie Hebdo attacks in Paris in January 2015. His teacher told Belgium’s Radio One that he had said: “It was right what happened because the magazine had insulted his religion.”

In February the baby-faced 20-year-old, who his mother described as a time-bomb, set off to Syria, returning to Europe to detonate his suicide vest outside the Stade de France stadium.

“A lot of these guys are get radicalized in months and sometimes in just a matter of weeks,” says Pieter Ostaeyen, an Arabist who has been studying Islamic extremism and maintains a database on Belgian and Dutch jihadists.

He sees a lot of factors at play. “Apocalyptic appeal to lost souls and the brutal force and savagery the Islamic State displays can contribute to a quick radicalization.”

So can peer pressure and kinship. “It plays an important role,” he says.

Both Belgium and France have huge online ISIS fan clubs, making it seem for an impressionable youngster with a grudge “normal” to see jihad as an acceptable alternative to societies and cultures they feel adrift in.

“The current foreign fighters phenomenon is part of a youth subculture that has developed against a very specific social and international context,” says Coolsaet. “It is a generational conflict.” He says up to a point, the very same dynamics were at play during the protest movements of the 1960s and the 1970s.

He argues they are escaping their estrangement from a society they feel lacks empathy for them. “Their religious knowledge is even more superficial than their predecessors,” he says. Unlike al-Qaida affiliates, which have been more selective, the Islamic State doesn’t care.