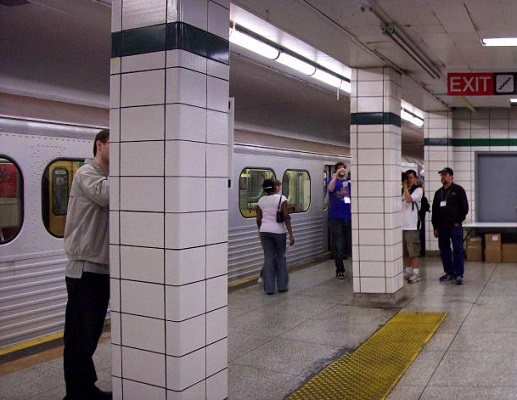 Residents of Toronto are offering to accompany Muslims who are concerned about their safety on public transit following a series of reported anti-Muslim incidents in Canada’s largest city, including one where two women were accosted and verbally harassed on a train. The campaign is tweeting with the hashtag #IllRideWithYou and aims to show solidarity with the city’s Muslims.

Muslim community leaders have expressed concern over the possibility of a spike in violence since supporters of the Islamic State group stormed multiple sites in Paris and killed at least 129 people. In the aftermath of major attacks carried out by Muslim extremists, Western countries have seen spikes in anti-Muslim hate crimes.

“When I heard about the attack at the school in Toronto, my heart sank,” said Kelly Boaz, a Toronto resident who has offered to accompany Muslim riders on trains, according to CBC News. “To me, Canada is a place where there’s a higher standard of behavior — somewhere we stick together and protect each other.”

The hashtag was originally used following a reported rise in hostility toward Muslims in Australia last December after a gunman held 17 people hostage. Two people were killed in that attack, as well as the gunman.

In addition to the women who were accosted Wednesday night, anti-Muslim graffiti was discovered on a train, a Muslim mother was assaulted and robbed Monday afternoon, and a University of Toronto student said he was spat on and insulted over the weekend, CBC reported. A mosque in Petersborough, Ontario, was reportedly set ablaze this week in what many have speculated was a hate crime.

The hashtag #StandWithMuslimsTO was also trending Thursday evening as Twitter users condemned attacks against Muslims and urged residents to stand up for those subjected to hate. Some said they were shocked something like this would happen in their city, and Muslims responded by expressing their thanks to those who helped the hashtags trend. A march was also held in support of Toronto’s Muslim community Friday.

“God bless you for standing on the right side of history. It’s amazing it’s trending!” one Twitter user said.