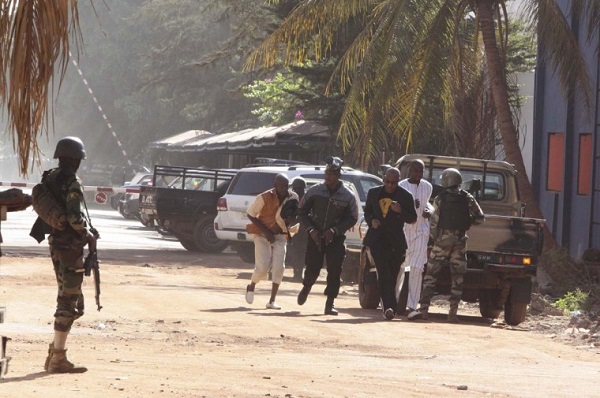 PanARMENIAN.Net – If Islamist militant group Al Mourabitoun is confirmed as responsible for Friday, November 20’s killings at a hotel in Mali it will be the latest time it has staged a major attack despite setbacks and the supposed death of its leader, Reuters reports.

Algerian Mokhtar Belmokhtar has been a key figure for years in insurgencies across North Africa and the Saharan border region, but in June authorities in Libya said he had been killed by a U.S. air strike there.

U.S. military officials said he was targeted, only for al Qaeda in the Islamic Maghreb (AQIM) to deny four days later that he was dead.

In a statement posted on Twitter on June 19, the group said he was “still alive and well and he wanders and roams in the land of Allah, supporting his allies and vexing his enemies”.

Islamist militants killed 19 people in the attack, before Malian commandos stormed the building and rescued 170 people, many of them foreigners.

President Ibrahim Boubacar Keita announced the death toll and said seven people were wounded in the attack, which has been claimed by jihadist group Al Mourabitoun and al Qaeda in the Islamic Maghreb (AQIM).

“Tonight the death toll is heavy,” Keita said on state television, declaring a 10-day state of emergency and three days of national mourning. The president, who cut a short visit to a regional summit in Chad, said two militants also died.

In a speech on the sidelines of a summit with Asian nations in Malaysia, U.S. President Barack Obama described the raid in Mali as “another awful reminder of the scourge of terrorism”.