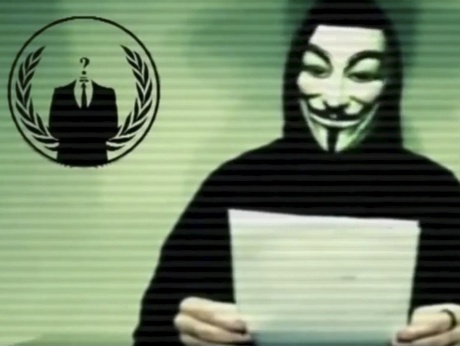 Paris, France – The Anonymous hacking collective has reportedly taken down over 5,500 Twitter accounts purported to belong to Islamic State members following their declaration of “total war” on the terrorist group after the Paris attacks.

The announcement comes less than 24 hours after hacktivist group warned of a coordinated and targeted attack against the Islamic State in the wake of the deadly wave of terror attacks across Paris.

“Our capability to take down ISIS is a direct result of our collective’s sophisticated hackers, data miners, and spies that we have all around the world. We have people very, very close to ISIS on the ground, which makes gathering intel about ISIS and related activities very easy for us.”

Poucher went on to say that the groups hacking acumen “might be better than any world government’s tools to combat ISIS online,” adding that although ISIS has its own hacking core, the terrorist group “does not have hackers like we have hackers.”

“They picked a fight with Anonymous when they attacked Paris, and now they should expect us,” he said, adding that the collective “will not sit by and watch these terror attacks unfold around the world.”

Anonymous has targeted ISIS in the past, dismantling 149 Islamic State websites so far this year, according to Foreign Policy. The hacktivist group began operations against the Islamic State following their brutal attack on Charlie Hebdo in January.

On Monday, Anonymous released a video announcing that the group would “launch the biggest operation ever” against Islamic State.

“Anonymous from all over the world will hunt you down,” the masked Anon spokesman in the video said. “You should know that we will find you and we will not let you go.”

ISIS responded to Anonymous’ video on Monday, calling the hacktivist group “idiots” and offering technical guidance to ISIS supporters in an effort to protect against Anonymous cyber-attacks.

In spite of the ISIS insults aimed at Anonymous, judging by the initial results, it seems the Islamic State is impotent to stop the hacktivist group from decimating the terror group’s social media outreach and recruitment efforts.

Jay Syrmopoulos is an investigative journalist, free thinker, researcher, and ardent opponent of authoritarianism. He is currently a graduate student at University of Denver pursuing a masters in Global Affairs. Jay’s work has been published on Ben Swann’s Truth in Media, Truth-Out, AlterNet, InfoWars, MintPress News, as well as many other sites. You can follow him on Twitter @sirmetropolis, on Facebook at Sir Metropolis and now on tsu.

Featured at The Free Thought Project