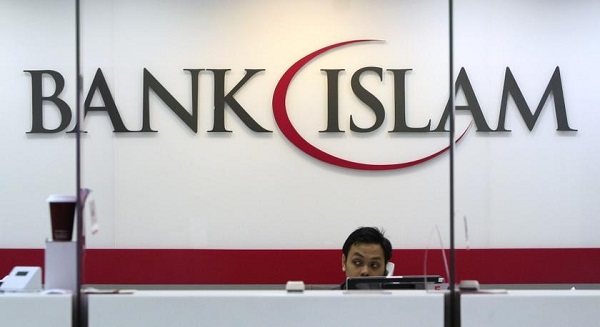 A stream of major bank scandals has increased interest in “ethical finance,” which could benefit the Islamic banking sector.

Supporters argue the growing area of Islamic finance is more ethical because banks and businesses must undergo scrutiny to make sure they’re sharia-compliant.

“We have a very sweet spot, when conventional banking at the moment is suffering from scandals,” Raja Mohamad, secretary of the Gulf Asia Sharia Compliant Investment Association, said at a conference on Islamic finance in Singapore.

The religious link is a double-edged sword, though.

On the one hand, the public has become more aware of Islamic finance and Islam in general since 9/11, says Habib Ullah, a partner for banking and finance in the Middle East at law firm Taylor Wessing. On the other hand, people might be turned off if they associate Islamic finance with politics.

“Another reaction is oops, if you mention Islamic banking, you immediately think of political Islam, possibly terrorism,” said Clement Henry, visiting research professor at National University of Singapore. “You know, it has unfortunate connotations.

” Henry said his research, however, has found that people working in the sector tend to be apolitical. Just how do bankers ensure they’re respecting sharia law? There’s no set standard.

The most common hurdle for Islamic finance is the prohibition for investors to collect interest on loans. So Islamic banks devise alternative structures, such as financing a business or one of its projects, and then sharing in the profit — or loss.

In theory this should improve financial ethics in two ways.

First, businesses have to open their books so Islamic banks can verify performance. Without such transparency, businesses could be tempted to downplay profits and give banks a smaller cut.

Second, investors are sharing the risk with the companies, as both profit when the venture succeeds. In traditional banking, companies would keep paying interest to lenders even if the venture failed.

“You can’t make money without actual economic activity, something that you’re going to do that creates that justification for profit,” Suhaimi Zainul-Abidin, founding member of the Gulf Asia Sharia Compliant Investments Association, said at the conference.

As financial products, traditional derivatives are supposed to have a real, underlying economic activity, too.

For example, investors buy mortgage-backed securities and enjoy a return based on the payments that homeowners make to their banks.

But those and other derivatives are now viewed as the villains of the 2008 financial crisis because they had become so complex that investors often didn’t know what the securities contained and how risky they really were.

Islamic finance is perceived to have more realistic standards on how businesses can make money.

But observers warn that Islamic finance is heading in a dangerous direction, as bankers come up with increasingly complicated financial products.

“Really, most of these products are looking to mirror conventional finance,” Ullah said.

And if Islamic banks go too far in replicating conventional finance, they may just take the same risks as Wall Street and be Islamic in name only.

Other criticisms of Islamic banking include the higher costs that can eat into returns, such as fees to lawyers and sharia scholars to ensure compliance with Islamic rules.

Henry also said some are uneasy about potentially exploiting religion for economic gain.

“For Islamic finance to be called Islamic, for some people it’s sort of using Islam,” he said. “Why do you need to market something which is really [just] good banking? Did Martin Luther make Christian shoes? You know, I mean, why Islamic?”