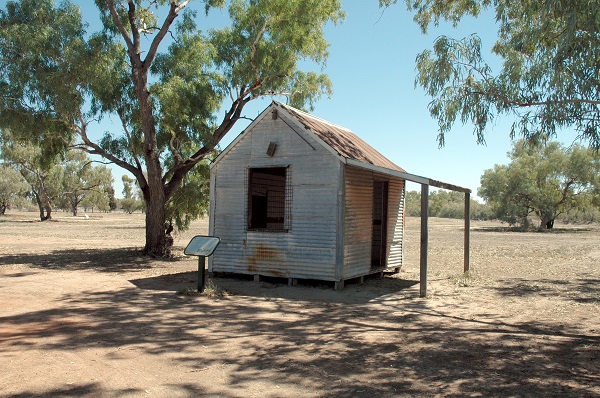 For nearly 500 years, Muslims have been part of Australia and its history, beginning with their trade and peaceful relations with the Aboriginals of the Top End. Some have suggested evidence of their presence further down the east coast, however their affiliation with the Yolngu people has been well-documented. These interactions were largely peaceful and cooperative, with traces of trade outposts lasting to this day. Unlike later Europeans, Muslims did not come to settle, conquer and exploit, but to trade and spread their faith.

According to some tales of the Tiwi islanders, there were incidents of contentions and conflicts, culminating in a massacre of Muslim Moluccan traders. Whether or not this only violent episode is true to history, Muslims have indelibly been building this country long before Europeans had even confirmed its existence.

Even after British colonisation, during which Muslims continued to trade with Yolngu Aboriginals up until Federation (in 1902, new maritime laws enforced stricter controls over Australian waters, incidentally limiting the economic prosperity of the Yolngu), Afghan Muslims helped open up the Australian outback. They built mosques in some settlements such as Broken Hill, where the tin shed house of worship still stands today. Their legacy carries on in the name of the trans-continental railway The Ghan, which runs the route Muslims travelled by camel train.

The great expanses of the outback have long been regarded as the true testing grounds of the Australian character. Yet it has recently been the argument of suburban anti-Muslim lobbyists that Muslims have never contributed anything to this country. The fact that Muslims opened up this hallmark of Australia’s identity, only goes to show the depth of their ignorance, wilful or otherwise, about not only Islam but the very Australia they claim to defend.

History disproves their further claim that any degree of tolerance for Islam will allow Muslims to rise up and overthrow Australia’s secular government, or force conversion upon every Australian. The fact that Muslims have not done so for more than 500 years of chances is only credit to the true nature of Islam.

And they invariably have had chances. Considering the Yolngu and Tiwi peoples, the Muslim traders visiting them were not primitive or lacking in technology. They had coined currency from Africa and even firearms. This is proven by cannons, discovered abandoned on Carronade Island that were forged from bronze in one of the Malayan Sultanates, and a stash of coins from the Kilwa Sultanate of eastern Africa.

Despite having the technological and military advantage, Muslims did not come to northern Australia to convert Aboriginals by gunfire or the sword. Indeed they did spread Islam to some degree, shown through leftover elements of their language and spirituality in Yolngu culture. Rather, they sought to proselytize the same way Islam had been brought to them: by trade and peaceful relations. Never has a foreign Muslim army set foot in any of the Indonesian islands from which these traders came.

The fact that anti-Muslim campaigners therefore believe the only way Islam will spread in Australia, however, is more reflective on Australia’s experience with Christianity, and self-projects on them and their desires.

The Moluccan Muslims came to the Yolngu Australians they met to trade for their resources, rather than plunder them as did European Christians. Seeking the elusive Sea Cucumber, or Trepang, they helped Aboriginals build their fishing infrastructure to better harvest them, in exchange for giving them yams and tamarinds, which they also helped them learn to grow for themselves. While the traders did seek to gain from this relationship, the Aboriginals gained invariably more through advances in agriculture and technology.

Although the Australian Government interrupted this relationship after Federation, to the detriment and deliberate impoverishment of indigenous Australians, Muslims continued to come to Australia, to contribute and become part of its very fabric. Turkish and Indian Muslims emigrated, along with the Afghans mentioned earlier, even before the outbreak of the First World War. To their advantage, they were better suited to Australia’s arid outback climate, unlike Europeans who, after arriving, began terraforming parts of Australia to make it more like where they came from. The land is still suffering from it to this day.

And yet Islam has remained the consistent minority religion of Australia. This is not only due to its lack of the very militancy that anti-Muslims claim what make it a threat, but also due to the ease with which earlier Muslim immigrants were integrated into Australian society. The Afghan cameleers of South Australia and New South Wales did not form an enclave, and interbred with other ethnic groups, as did the Chinese and Irish of Victoria. Islam was never accepted into the mainstream, but ran counter-current to it.

Australia’s culture has always strongly identified with the underdog and the countercultural, despite its position of mainstream dominance in not only its country but the wider region. This manifests in our fascination with the rebellion of the Eureka Stockade, and bushrangers such as the Irishman Ned Kelly and the Chinese miner Sam Poo (curiously few Muslim bushrangers are in our national mindset…probably because there never were any). Islam has as such integrated itself into Australia’s psyche as a counterculture. Yet it has now became the target of vilification and oppression by the Australian mainstream.

Shockingly, the anti-Muslim lobby leading the charge have employed the symbol of Australian resistance and counterculture, the Eureka Flag, at their demonstrations, as though their voice were the minority opinion and they the underdog. This is despite fifteen years of constant attack and abuse against Australian Muslims by governments and media alike. They are the vanguard of the mainstream, no matter how much they or the Government wish to deny it. For this reason I, as an Australian, take great offence at their use of the Eureka Flag, as it is hypocrisy and paradox to employ a symbol of counterculture against counterculture. They have no right to it.

Even another symbol, Jimmy Barnes, whose song “Working Class Man” is an anthem for the Australian proletariat, has demanded they cease using his music at their rallies. If the Eureka Flag could speak, it would be just as vocal and outraged.

Australian Muslims have not only the right but the responsibility to wear their identity proudly on their sleeve, to fly it on a flag and to march for it on the streets. In spite of those who wish to suppress and deny it, Islam has been part of Australia long before it even had that name, and will remain so, whether or not it’s becomes the mainstream or remains its counterculture.

The Messenger of Allah (peace and blessings of Allah be upon him) said: “Islam began as something strange and will revert to being strange as it began, so give glad tidings to the strangers.” This hadeeth was narrated by Muslim #145 from Abu Hurairah (may Allah be pleased with him).