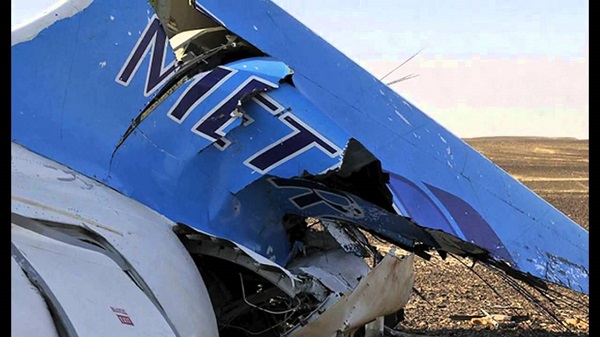 The Russian plane crash in Egypt last week was not due to technical failures, French aviation officials familiar with the investigation have told the BBC, the news agency reports.

Other French officials said the flight data recorder suggested a “violent, sudden” explosion caused the crash, killing all 224 people on board.

Intercepted militant calls indicate a bomb was put in the hold before take-off, according to UK officials.

Militants linked to the Islamic State group (IS) say they downed the plane.

The Metrojet Airbus A321 was flying from Sharm el-Sheikh to St Petersburg when it came down in Sinai last Saturday. Most of the victims were Russian.

The Sinai Province militants have not said how they downed the plane. IS has called for a war against both Russia and the US over their air strikes in Syria.

French air accident investigators cited by AFP news agency said the flight data recorder had shown that “everything was normal during the flight, absolutely normal, and suddenly there was nothing”. A similar conclusion was drawn by another investigator speaking to France 2 television.

French investigators are involved because the French company Airbus manufactured the plane.

The American network NBC, quoting unnamed U.S. officials, said on Friday, November 6 that communications had been intercepted between IS officials in Syria and people in Sinai about how the jet had been brought down.

“They were clearly celebrating,” NBC quoted the official as saying.