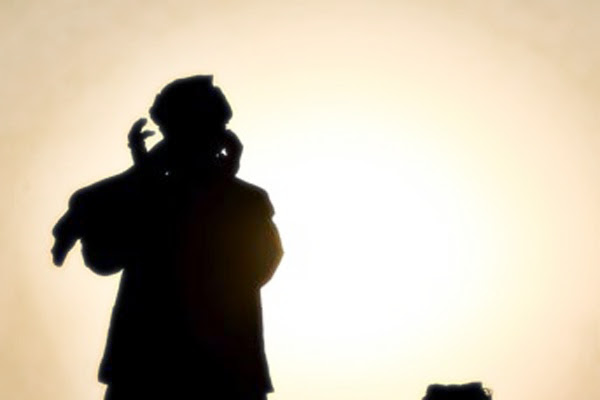 Hadhrat Bilal (Radhiyallaho anho) is one of the best known of the galaxy of Sahabah as moazzin of the Prophet’s (Sallallaho alaihe wasallam) masjid. He was an Abyssinian slave of a disbeliever in Mecca. His conversion to Islam was, naturally, not liked by his master and he was, therefore, persecuted mercilessly. Ummayah bin Khalaf, who was the worst enemy of Islam, would make him lie down on the burning sand at midday and would place a heavy stone on his breast, so that he could not even move a limb. He would then say to him:

“Renounce Islam or swelter and die.”

He was whipped at night and with the cuts thus received, made to lie on the burning ground during the day to make him either forsake Islam or to die a lingering death from wounds. The torturers would get tired and take turns (Abu Jahl, Umayyah and others) and vie with one another in afflicting more and more painful punishment, but Hadhrat Bilal (Radhiyallaho anho) would not yield. At last Abu Bakr (Radhiyallaho anho) bought his freedom, and he became a free Muslim.

As Islam taught implicitly the oneness of the Almighty Creator, while the idolaters of Mecca believed in many gods and goddesses with minor godlings, therefore Bilal (Radhiyallaho anho) repeated:

This shows his love and devotion to Allah. Allah was so dear to him that no amount of persecution could distract him from reciting His Holy name. It is said that the urchins of Mecca would drag him in the streets, with his words “Ahad!, Ahad!” ringing in their wake.

Look how Allah rewarded his steadfastness! He was to have the honour of becoming the Prophet’s moazzin. He was always to remain with him at home and abroad to call out the Azaan for his Salaat. After the Prophet’s death it became very hard for him to continue his stay in Madinah where he would miss him at every step and in every corner. He therefore left Madinah, and decided to pass the rest of his life striving in the path of Allah. Once he beheld the Prophet (Sallallaho alaihe wasallam) in his dream saying to him:

No sooner did he get up than he set out for Madinah. On reaching there, Hadhrat Hasan and Hadhrat Husain (Radhiyallaho anhuma) (The Prophet’s (Sallallaho alaihe wasallam) grandsons) requested him to call out the Azaan. He could not refuse them, for they were very dear to him. But as soon as the Azaan was called, the people of Madinah cried openly out of their anguish at the memory of the happy old days of the Prophet’s (Sallallaho alaihe wasallam) time. Even the women came out of their houses weeping. Hadhrat Bilal (Radhiyallaho anho) left Madinah again after a few days and died in Damascus in 20 A.H.