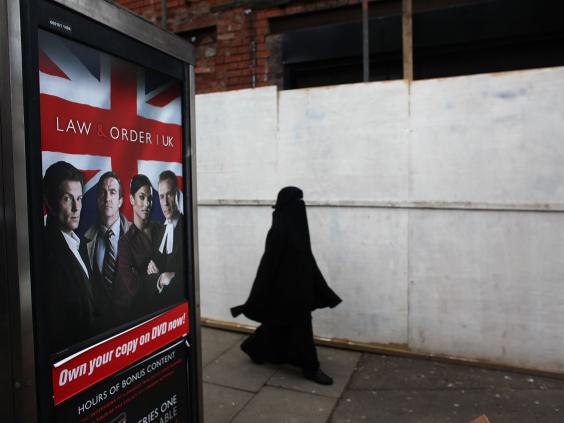 Roughly 4 percent of Britain’s population is estimated to be Muslim. However, British Muslims are conspicuously absent from many of the country’s top professional roles.

If the information related by the think tank Demos this week is correct, the situation is stark. While 30 percent of the overall British population is likely to be employed in what the British government designates as top professions, just 16 percent of British Muslims have similar positions – the lowest of any religious group. British Muslims are also more likely to be unemployed or economically inactive, Demos found.

It’s a worrying situation with a lot of implications, and not one likely to have an easy solution. However, in their report this week, Demos makes a surprisingly simple suggestion for a policy that could help British Muslims: The British government should enact legislation that would enforce anonymous resumes during job applications at large companies.

A number of studies have suggested that Muslims are discriminated against when they apply for jobs in Britain. Last year, for example, Bristol University researchers found that religion mattered far more than skin color when it came to job prospects in Britain. Muslims were found to suffer the most, with men as much as 76 percent less likely to get a job offer than their Christian counterparts, while Muslim women were found to be 65 percent less likely to be employed than Christian women.

The exact reasoning behind this disparity is unclear, but in an interview with the Independent, Nabil Khattab, one of the authors of the study, offered some thoughts. “[Muslims] are perceived as disloyal and as a threat rather than just as a disadvantaged minority,” Khattab said. “Within this climate, many employers will be discouraged from employing qualified Muslims, especially if there are others from their own groups or others from less threatening groups who can fill these jobs.”

A name that sounds like it could belong to a Muslim person may well hurt an applicant’s chances at getting a job at the very earliest stages of the application. A 2012 British parliamentary report found that some women who were members of ethnic minorities had attempted to make their names sound more “British,” with one Muslim woman even legally changing her name in the hope that it would improve her chances of employment.

The British government has previously proposed a system for anonymous job applications which would remove names and schools from resumes. More than 100 British firms signed up for the scheme, which had the backing of former deputy prime minister Nick Clegg in 2012, and special software is now in place at some companies to help anonymize resumes. Demos also points to another strategy that is deployed by law firm Hogan Lovells: Dubbed “contextual recruitment,” it takes into account economic factors and the personal circumstances of candidates to help aid the disadvantaged.

Anonymous resumes might be a hard sell in Britain. A countrywide requirement for anonymous job applications would probably face opposition from some companies. In the past, recruitment managers have criticized similar proposals. “[The proposal] would be unworkable and make an already stressful process for applicants even more impersonal, and it certainly doesn’t address the core issue of discrimination,” Mike Campbell, people director at airline Easyjet, told Personnel Today in 2009.

Additionally, anonymized resumes wouldn’t prevent discrimination that could occur during face-to-face interviews later in the application process (the Muslim woman mentioned above who legally changed her name said that the attitudes of some potential employers would change when they saw she was “not white or Asian/white mixed-race”). It would do little to combat informal networking that takes place in many industries – something which, as Demos points out, practicing Muslims may struggle with given attitudes to alcohol.

However, Demos doesn’t seem to be suggesting that anonymous job applications alone will solve the problem. There are myriad factors that contribute to the lack of British Muslims in top professions – many British Muslims are recent immigrants, for example, and the British Muslim population tends to be younger than Britain’s overall population. Demos does makes other suggestions, including urging British universities in the prestigious Russell Group to create a program designed to help boost the numbers of disadvantaged students.

It’s a matter of pressing concern. According to a poll conducted this year by the BBC, 46 percent of Muslims felt that being a Muslim in Britain was difficult because of prejudice against Islam. In Britain, there has been significant debate about whether a lack of economic opportunity has led some British Muslims to extremism. There are currently just 13 Muslim MPs in Britain’s parliament, which is the highest there has ever been but still fails to match the Muslim share of the population (2 percent of parliament versus 4 percent of the population).