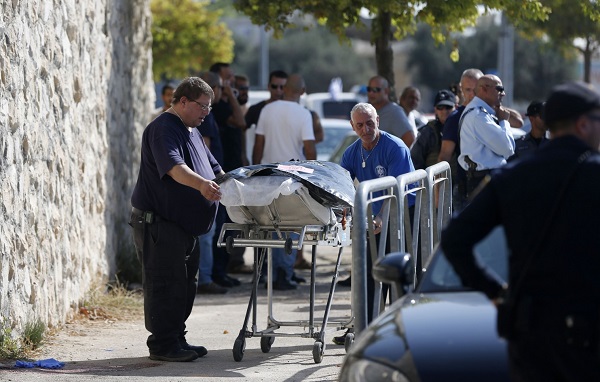 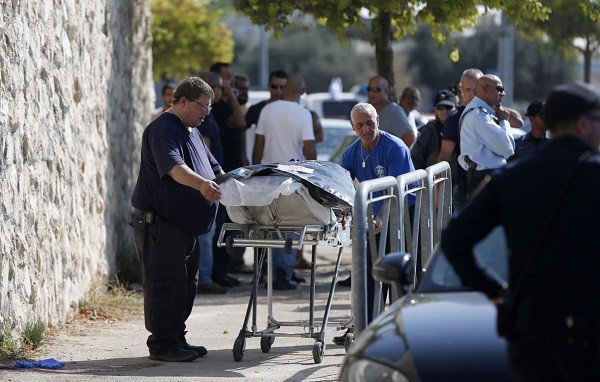 The recent surge in violence between Israelis and Palestinians continued Saturday with three Palestinians being shot and killed after trying to attack Israelis in three separate incidents, according to Israeli officials.

The first attack occurred in the West Bank city of Hebron when a Palestinian man tried to stab an Israeli settler. Police say the Israeli opened fire, wounding the 18-year-old Palestinian who later died of his wounds.

In the second attack, Israeli officials say a 16-year-old Palestinian armed with a kitchen knife was shot and killed after he attempted to attack an Israeli police officer at a checkpoint in East Jerusalem.

Later, a female assailant was shot and killed after she stabbed a border policewoman near Hebron, according to police.

The incidents are the latest in a series of Palestinian attacks, mostly stabbings, that have killed seven Israelis. At least Palestinians have been killed, mainly by Israeli soldiers and police, some during the attacks and others during demonstrations.

U.S. President Barack Obama on Friday expressed concern about the outbreak of violence, calling on regional leaders to “tamp down” on rhetoric that might feed “violence or anger or misunderstanding.”

“And I don’t think we can wait for all the issues that exist between Israelis and Palestinians to be settled” to curb the violence, the president declared.

The president said that after enormous effort by the U.S., restarting stalled peace talks is up to Israel and the Palestinians. “I think it’s going to be up to the parties and we stand ready to assist, to see if they can restart a more constructive relationship.” He added, “But in the meantime, right now, everybody needs to focus on making sure innocent people aren’t being killed.”

U.S. Secretary of State John Kerry will meet with Israeli Prime Minister Benjamin Netanyahu next week, the State Department confirmed Friday, adding that the meeting will probably take place in Germany, although details have not been finalized.

Netanyahu is scheduled to meet with the German chancellor Wednesday.

Israeli and Palestinian officials traded blame for the escalating violence on Friday at an emergency meeting of the U.N. Security Council.

Palestinian U.N. Ambassador Riyad Mansour used the meeting to call for international protection for Palestinians in Israeli-occupied territories, and complained of Israeli “atrocities.”

France is said to be preparing the draft of a Security Council statement that would appeal for calm and for maintaining the status quo at the Jerusalem holy site Muslims call the al-Aqsa mosque and Jews call the Temple Mount.

Rumors that Israel intends to take over the East Jerusalem holy site have been a major cause of recent tensions. Israel denies any such intent.