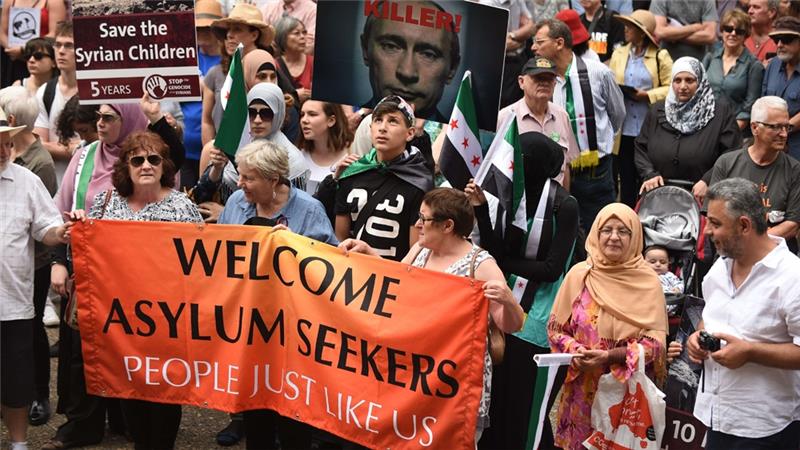 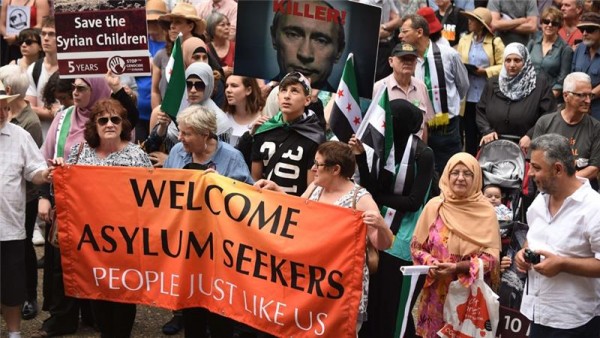 Thousands of Australians joined rallies calling for the closure of Pacific island camps for asylum-seekers, just days after the government confirmed it was in talks with the Philippines to resettle detained refugees.

Under Canberra’s tough immigration policy, asylum-seekers attempting to reach the island continent by boat are turned back or sent to camps on Nauru or Papua New Guinea and barred from resettling in Australia even if found to be refugees.

Chanting “free, free the refugees”, the protesters on Sunday in Sydney, Melbourne and other cities said the government and Australian Prime Minister Malcolm Turnbull should close the Pacific detention centres, which have been harshly criticized by rights groups.

With Australia set to resettle 12,000 Syrian refugees amid the crisis in Europe, some demonstrators waved Syrian and Kurdish flags and said the government should move those held in the camps to the mainland.

One asylum-seeker, “Adbi”, who has reportedly been held on Manus Island for more than two years, called on Turnbull to help the detainees.

“They are traumatising us,” Abdi said on a phone call broadcast to the Sydney crowd, adding that conditions at the Papua New Guinea facility were “indescribable”.

Medical professionals at the rallies also expressed fears a new law could block their colleagues working at the camps from speaking out if they had allegations of asylum-seekers being abused.

UN Special Rapporteur on the human rights of migrants Francois Crepeau last month postponed a visit to Australia due to restrictions on his access to detention centres and fears that people who spoke to him could face legal reprisals.

The rallies came as doctors from the Royal Children’s Hospital in Melbourne told the Sunday Herald Sun newspaper that children should be removed from the camps, in a move supported by the lobby group, the Australian Medical Association (AMA).

“The detention centres are not suitable environments for the health of all detainees, but the effects on children are far worse,” AMA President Brian Owler said in a statement.

Canberra has struck a deal with Cambodia to accept refugees in exchange for millions of dollars in aid over the next four years, although only four asylum-seekers have so far opted to take up the offer.

Immigration Minister Peter Dutton said Friday that Australia was in talks with other countries, including the Philippines, to settle the refugees.

The government has declared its hardline policy to deter boat arrivals a success, saying that it has been more than a year since a vessel carrying asylum-seekers has arrived in the country.

Before the policy was introduced, boats were arriving almost daily, with hundreds drowning en route.