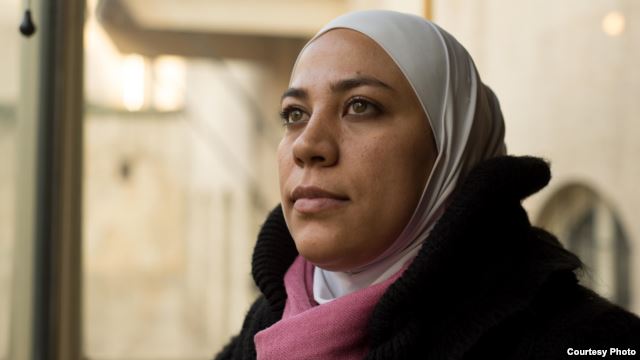 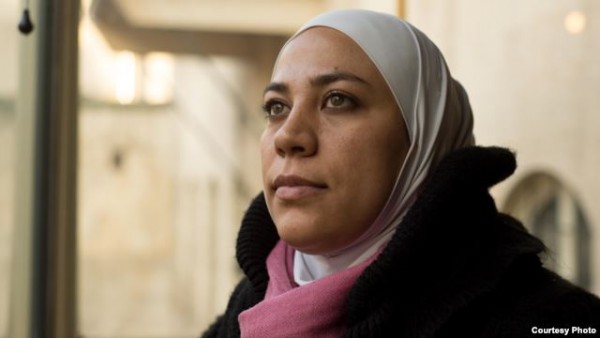 Despite living in hiding and fearing for her life, Syrian journalist Kholoud Waleed persists in reporting on the suffering and atrocities inflicted on her fellow countrymen in the long-running civil war.

The 31-year-old, who has been targeted by both government and militant forces, set up an underground newspaper in 2012 with a group of female friends, to report on what was happening in Syria.

On Wednesday she was awarded the annual Reach All Women in WAR (RAW in WAR) Anna Politkovskaya Award for her work in keeping people in Syria informed about the war, and for speaking out against the violence.

“The Syrian media always conveyed the same, that there was no conflict, no demonstrations, no shelling, no bombardment, nothing,” Waleed (not her real name) said in an interview with the Thomson Reuters Foundation.

“The message from the regime is ‘the sun is shining, the birds are singing, nothing, nothing at all is happening in Syria,'” she added.

The group wanted to use their underground newspaper, “Enab Baladi” (Grapes of My Country), also to show the international community what was happening in Syria, and document crimes being committed there.

Waleed now lives in hiding after some of her colleagues were detained and questioned by government security forces.

“We lost many friends,” she said. Three have been killed, three are in detention, and others have been released from detention, she said.

“This is our responsibility, to tell our people and to tell the world that there are people who aspired for freedom but they were faced by all sorts of evil,” Waleed said.

Despite the dangers, she is determined to continue documenting atrocities committed by all sides, and the stories of civilians living with the daily reality of war.

“If we stop, no one is going to care about the little stories, about amazing people surviving the war,” she said.

She wants to record as many stories as she can, so that future generations can read about what happened during the war years.

“If we stop, no history will be recorded, and only the loud voices will be heard – the voices of the most powerful, whether it’s the regime or the extremists,” she said. “If we stop, no one is going to hear the voice of the vulnerable.”

The award marks the ninth anniversary of the killing of Anna Politkovskaya, the Russian investigative reporter who uncovered state corruption and rights abuses, especially in Chechnya.

She was shot dead in the lobby of her Moscow apartment block at the age of 48 on October 7, 2006.

Elena Kudimova, sister of Politkovskaya and a member of the RAW in WAR nominations committee, said: “This brave woman … is doing the same dangerous work as Anna did.

“The newspaper she runs is a rare source of truthful facts for the people in Syria, who are left either in an information vacuum or are subjected to heavy state propaganda.

“With this award we celebrate all courageous women journalists around the world who under no circumstances stop delivering the truth to their audience and the world.”

RAW in WAR is a non-governmental organization supporting women human rights defenders and female victims of war and conflict around the world.