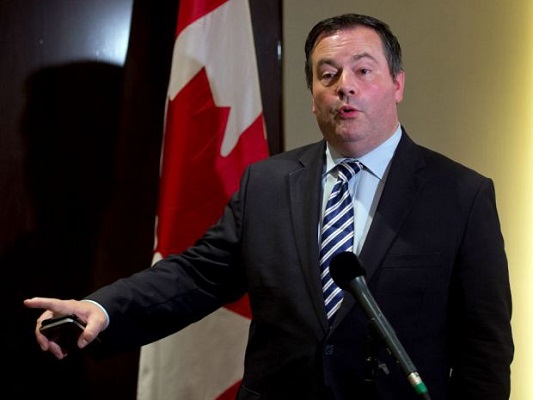 For the first time, the Canadian government has revoked the citizenship of a convicted terrorist under its new anti-terror law. The ringleader of a 2006 Al-Qaeda-inspired terror plot in Toronto had demonstrated “violent disloyalty,” said Defense Minister.

Zakaria Amara, who is serving a life sentence in a Quebec penitentiary, received a letter from the government on Friday, notifying him that he was no longer a Canadian, The Canadian Press reports. The Jordanian national had dual citizenship, so he could be deported to the Middle Eastern country if he is released early, but he still has 60 days to appeal.

This is the first time the government has used its new power to denationalize convicted terrorists or spies if they are also citizens of another country. The legislation, which was proposed by the Conservatives, came into force in May, and several Canadians have already been notified that their citizenship is being reconsidered.

“I hope that this case makes people realize what we’re really trying to do here,” Defense Minister Jason Kenney said, as cited by The Canadian Press. “If you basically take up arms against your country or plan to do so, and you’re convicted in a Canadian court, or an equivalent foreign court, through your violent disloyalty you are forfeiting your own citizenship and we’ll just read it as it is.”

Kenney added that “This is about the value of Canadian citizenship,” describing the case as a“fitting first application”.

However, bill C-24, dubbed the Strengthening Canadian Citizenship Act, has seen some opposition from the Liberal party and New Democratic Party (NDP). It also has been contested in Federal Court by the British Columbia Civil Liberties Association.

The efforts of the law’s detractors have been characterized as an “absurd fear campaign” by the Defense Minister, however.

In 2006, Amara masterminded an Al-Qaeda-inspired plot to detonate truck bombs in downtown Toronto during the morning rush hour. He was detained along with 16 other terrorists belonging to the same group.

Born in Jordan in 1986, Amara lived in Saudi Arabia and Cyprus before immigrating to Canada in 1997. Although he was baptized an Orthodox Christian, he converted to Islam at the age of ten after being threatened with going to hell by his friends.

A university dropout, Amara worked as a gas jockey in the city of Mississauga. He was married with a child at that time. Ten years ago he started thinking about how to conduct a series of attacks that would damage the Canadian economy, terrorize the people, and make the government withdraw troops from Afghanistan.

“The potential for loss of life existed on a scale never before seen in Canada. It was almost unthinkable without the suggestion that metal chips would be put in the bombs. Had the plan been implemented it would have changed the lives of many, if not all Canadians forever,” Justice Bruce Durno said, according to the National Post newspaper.

In a letter written before his conviction, Amara asked the judge to “not close the door and give me a chance that one day I’ll be able to pay for the moral debt that I still owe,” saying he would transform “from a man of destruction to a man of construction.”