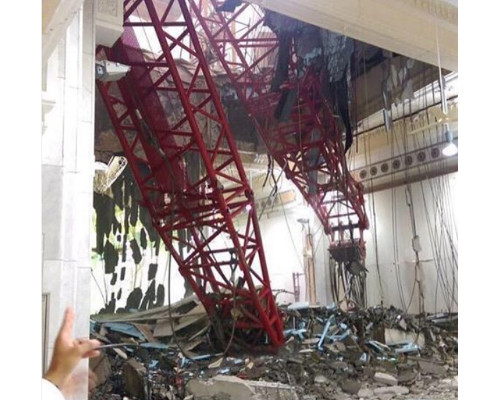 At least 107 people have died after a crane collapsed on the Grand Mosque of Mecca on Friday, Saudi authorities say.

According to Saudi Interior Ministry, at least 154 more people were injured in the incident.

The tragedy comes ahead of the annual Hajj pilgrimage which is due later this month. Millions of Muslims from around the world will converge on the holy city between September 21-26.

Local media reports suggested that the accident occurred due to heavy rains the Kingdom. The governor of the Makkah region, the capital of which is Mecca, Prince Khalid al-Faisal has ordered the launch of an investigation into the causes of the accident.

The Grand Mosque, or Sacred Mosque, surrounds the Kaaba – the most sacred site in Islam. The cuboid structure made of granite located in the mosque’s center is often called the House of Allah.

The Kaaba is the place of the Hajj – the Islamic pilgrimage to Mecca, which is one of the five Pillars of Islam. It is mandatory of all Muslims physically and financially capable to carry out the journey at least once in a lifetime. The period of Hajj in Mecca is considered to be one of the largest gatherings of people in the world.