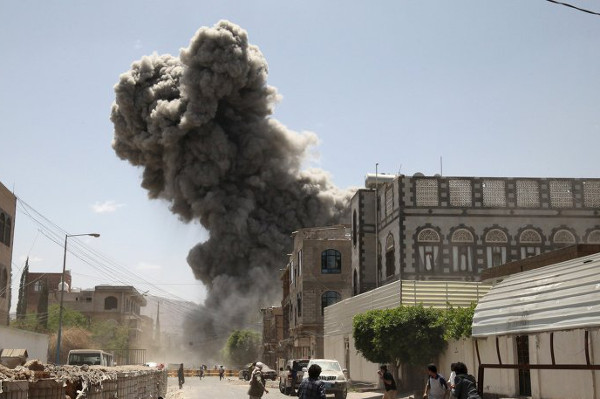 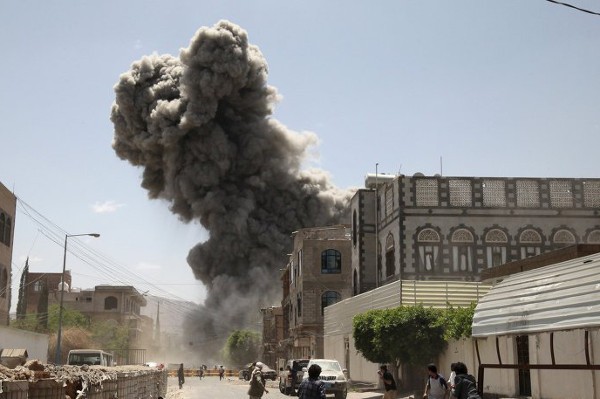 Achieving a political settlement in Yemen is going to be very difficult given the commitment of US-backed forces to seize total power in the country, says Abayomi Azikiwe, editor of the Pan-African news wire.

In the Yemeni capital Sanaa, Islamic State has claimed responsibility for two bombings outside a mosque, killing at least twenty people.

RT: Yemen’s been a hot bed for Al-Qaeda, but Islamic State (IS, formerly ISIS/ISIL) is now taking over. Does this come as a surprise?

Abayomi Azikiwe: No, not at all. There have been many reports that IS is funded indirectly or directly through Saudi Arabia, the Gulf Cooperation Council (GCC). The Saudi GCC coalition has been bombing Yemen since March 26; they are backed by the Pentagon. They have of course had access to US intelligence resources, refilling technology and the State Department has even said they think that the government of ousted fugitive President Hadi, who is now based in Riyadh, is the legitimate regime in Yemen. So it’s not surprising that IS would be taking the same position as the Saudi GCC alliance as well as the US.

RT: The country’s been bombed by the Saudi-led coalition for months. How much is this contributing to instability?

AA: Considerably, and they also have ground forces. There have been reports that United Arab Emirates (UAE) special forces are on the ground, that they have Saudi advisors on the ground, they have of course allied themselves with other militias called the Southern Resistance, which is an alliance of various different political forces that have been fighting the drive of the Ansar Allah – better known as the Houthis – out of the southern strategic port of Aden. Now they are moving into the central region of the country and of course they would attack the capital of Sanaa in an effort to open up a front in the capital because the Ansar Allah has been controlling that area for nearly a year now.

RT: What is the worst scenario that you see here?

AA: The country could be partitioned in regard to the influence by the Ansar Allah as well as other forces inside the country. Some of which are allied with Abd Rabbuh Mansur Hadi as well as other forces that may not necessarily be supportive of the ousted President Hadi, but are not allied with the Ansar Allah forces as well. It’s been reported that the Islamic Republic of Iran is providing political support to the Houthis, the Ansar Allah. But they claim that they have no military ties inside the country. So this war – which has been going on now for over five months – is largely hidden from the Western media particularly here in the US. So it’s obvious that the US has its own agenda inside of Yemen and that is to of course prevent any regime coming to power or consolidating power that’s acts independently of Washington and this is the main issue that is going to be settled over the next few months in Yemen.

RT: The UN has declared Yemen a level-three humanitarian emergency – the highest on its scale. What can be done to stop people suffering there?

AA: It needs to be a political settlement to the crisis. However, the Saudi regime that is backing the ousted President Hadi doesn’t want any type of negotiated political settlement to bring about any form of empowerment on the part of the Ansar Allah as well as other forces who they may be tactically allied with at present, but who do not have the same long term objectives. Millions upon millions of Yemenis have been displaced, they are fleeing the country, there is a great humanitarian crisis, hospitals are suffering, the ports have been bombed by the US-made planes that are being flown by Saudi Arabia and the GCC as well as other types of humanitarian crises inside the country – schools are closed, women and children are particularly impacted as a result of this war. So it has to be some type of political settlement, but it’s going to be very difficult when you have this type of commitment on the part of the US-backed forces to seize total power in Yemen. It represents the failure of US policy in the area; they were championing in Yemen a year ago as being a showpiece for the so-called war against terrorism. So we cannot exclude the role of the US, the drone attacks which are ongoing, they claim that they killed some al-Qaeda operatives just this week. It’s going to continue unfortunately until there is some type of equilibrium achieved militarily as well as politically.