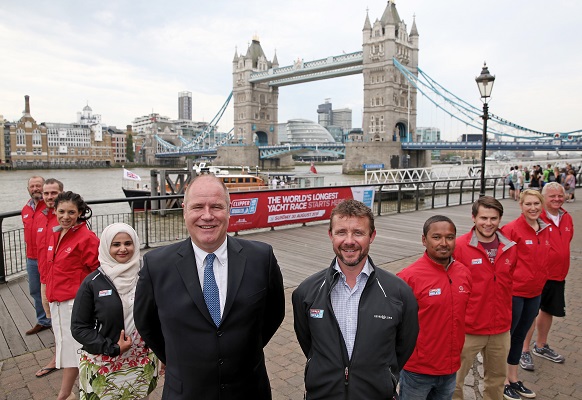 Breaking down negative stereotypes, a British veiled Muslim woman is taking part in the world’s longest ocean race, proving that hijab has never been a barrier in the life of Muslim women.

“I’ve got my headscarf on, I’m going to do my prayers … go forth, the world is your oyster!” Noreen Rahman, maths teacher from Walthamstow, east London, told NBC news on Monday, August 31.

The 32-year-old Muslim woman aims to defy the negative misconceptions surrounding her faith and the hijab by participating in the 10th Clipper Round The World Yacht Race.

Rahman is one of the 700 participants from 12 teams who will spend a year travelling the globe during the eight-stage race.

With a carnival-like opening ceremony and a parade under the iconic Tower Bridge on the sheltered waters of the River Thames, the race kicked off in London on Sunday.

About 40% of the participants, who will travel 6,000 miles to Brazil’s Rio De Janeiro, have no previous sailing experience.

The world’s longest ocean race will see teachers, doctors, IT workers and students taking part, with ages ranging between 18 and 74.

Taking the tough challenge, Rahman will be sailing across the Atlantic in Leg 1 of the race, as part of the Great Britain crew.

“I am a traditional, Muslim Pakistani woman and I want people to know that we do not have to be restricted by the bubble society has put us in,” she told The Telegraph.

“I want girls like those I teach every day, to know that the world is their oyster and they can take part in challenges like sailing across the oceans.”

Islam is the second largest religion with results from the United Kingdom Census 2011 giving the UK Muslim population in 2011 as 2,786,635, 4.4% of the total population.

Islam, as a divine religion, sets down rules that strike a balance between men’s responsibilities and women’s rights.

By this partnership, she has an equal share in every aspect.

She is entitled to equal rights, she undertakes equal responsibilities, and she has as many qualities and as much humanity as her partner.